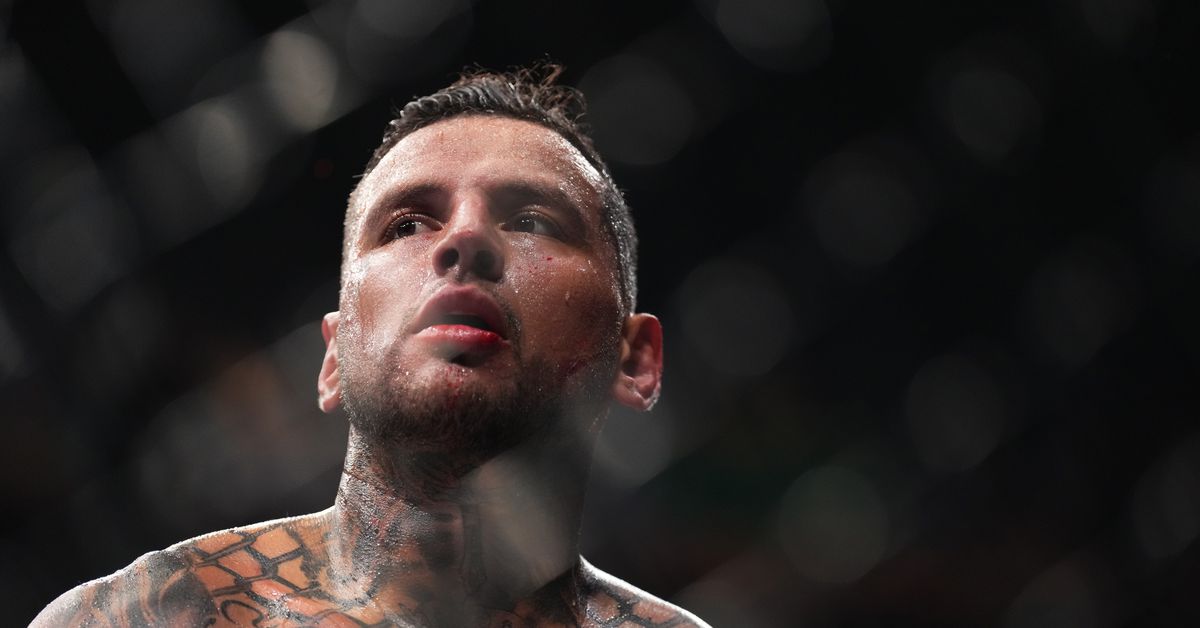 Daniel Rodriguez doesn’t think his win over Li Jingliang was a robbery, and he’s willing to do it again if need be.

At UFC 279, Rodriguez was supposed to face Kevin Holland in a featured 180-pound catchweight bout, but when Khamzat Chimaev missed weight for the main event, the UFC shuffled the top three bouts for the event and Rodriguez ended up facing Li instead, winning a split decision that had many fans up in arms. Fans weren’t the only ones who were upset though as “The Leech” himself called the decision, “an injustice” and proclaimed his loss a robbery. But Rodriguez doesn’t agree.

“I don’t think it was a robbery,” Rodriguez said on The MMA Hour. “I think even Dana [White] said he was shocked and it was a robbery. I think it was a close fight. I looked at the numbers afterwards and I didn’t land too many more strikes but I did push the pace. There’s a lot of people saying they think that Li won, but on the other hand if they gave Li the fight, there would be even more people saying that I got robbed. So it was just a close fight.”

The bout was undeniably close, with Rodriguez slightly outlanding Li over 15 minutes but several fighters, fans, media members are convinced that that Li landed the more effective blows. Fans also noted that Rodriguez had a significant weight advantage over Li, having weighed in for a 180-pound catchweight fight, while Li made the welterweight limit. Having to face a last-minute opponent who has a weight advantage is certainly tough, but as Rodriguez points out, he also had to deal with the unique circumstances.

“There was really no preparation on 24-hours notice,” Rodriguez said. “I had watched [Li] fight before but I didn’t really pay too much attention to it. It was really kind of one of those situations — this is the second time I’ve been a fight that was on 24-hours’ notice. The first one was Dwight Grant and he almost knocked my ass out, so that was a really crazy situation going in there with Li. I’m just glad I got that s*** over with.”

Now that it is over with, the question turns to what comes next for Rodriguez. The 35-year-old Californian now officially finds himself in the top 15 of the UFC welterweight division, with his sights set on advancing upwards. Unless, of course, the UFC wants to run it back against Li to settle this once and for all.

“I feel like it was a close fight,” Rodriguez said. “I don’t feel like he was robbed. I just said that to shut people up. If they want a rematch, I’m down to rematch, but I’m down to keep climbing up the ladder as well.”

And if the UFC isn’t interested in that rematch and instead it’s onward and upward for Rodriguez, there’s one man in particular that is on his radar.

“I just saw my name in the rankings, I think it’s No. 14 now, and I’d like to keep moving up the ranks,” Rodriguez said. “I think Vicente Luque would be a great matchup. That’s someone I’m really interested in fighting.”