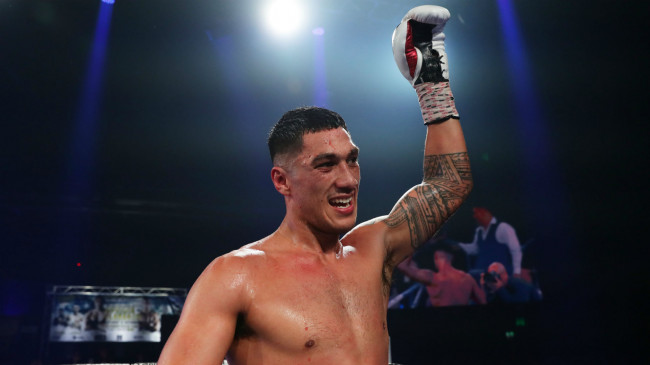 Gold Coast Convention Centre, Broadbeach, Australia. In the main event of the evening, local prospect Jay Opetaya (22-0, 17 KOs) took away the IBF belt in cruiserweight (up to 90.7 kg) from the Latvian champion Mairis Briedis (28-2, 20 KOs).

The hefty left-handed challenger took the center of the ring, jabbed a lot, tried to score points with twos, and shuttled. Briedis kept an eye on Opetae, after which he earned more actively and even dropped his opponent. But not with a blow, but with a wrestling technique.

The champion has an obvious superiority in power, he tried to put an uppercut in infighting, hit the body well several times. Opetaya worked harder and more aggressively in the 3rd round, began to push the champion, hit with a left straight. In the last seconds of the three-minute period, Briedis responded beautifully with an uppercut. So far, the applicant is a little more accurate.

In the last seconds of the 4th round, the Australian caught the champion with an uppercut towards. Briedis was shocked, but the experience hid in the clinch, after which the gong sounded. In the 5th three-minute period, the challenger broke the nose of the champion. Now it’s clear why the local media compared Opetaya with Oleksandr Usyk: left-handed, agile, fast, throws punches in series, works great ahead of the curve, skillfully jabs, sets a very high pace.

Briedis, by the way, has big problems. He backs away, rubs his back against the ropes. His face is broken, he breathes heavily and continues to miss. The champion is behind after the first half of the fight. But he’s still in the fight. He spent the 7th round more aggressively, seized the initiative, since Opetaya was clearly tired and slowed down, he could not continue to maintain such a high density. Enough strength for the whole distance?

In the 10th round, Briedis solidly shook the challenger with an uppercut. He began to survive – cycling and kincheval. It was not possible to finish off the Australian, he managed to recover. Opetaya tried to run away in the decisive round, allowing the champion to take him without a fight. It is possible that there will be a draw. But, most likely, the victory will be given to the owner of the ring.

Meanwhile, the WBO champion Briton Lawrence Okoli is very disappointed with the result…