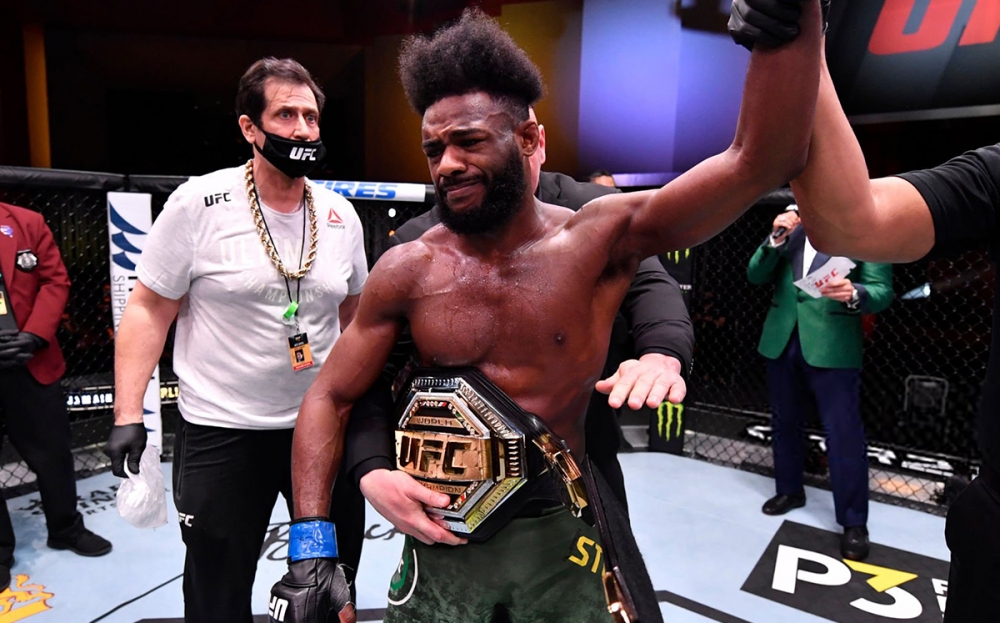 The current UFC bantamweight champion, Aljamain Sterling, claims that he is not responsible for stopping the first fight with Petr Yan and disqualifying the Russian fighter.

According to the American, if there were a referee and the doctor waited for the allotted five minutes, he would be able to recover from the forbidden knee to the head, continue the fight and accept an inevitable defeat.

“I feel like I’m still being unfairly criticized for things that people have no idea about,” Sterling said in yet another video posted to his YouTube channel. “They say that I was playing, but my eyes really went black when I missed a knee to the head. I started blinking, trying to get the veil off my eyes and come to my senses, and the referee stopped the fight and called the doctor.

“I didn’t have a chance to say if I could continue the fight or not. And I had no idea that I would win the belt. When I am judged for this, it is a kind of disrespect. I would accept my defeat like a man. The referee and the doctor made it impossible for me to continue the fight. If they waited five minutes, I would come to my senses and understand: ‘I’m in a fight and I must continue’.

In March 2021, a title fight between Yan and Sterling was stopped at 4:29 of the fourth round after the Russian misjudged his opponent’s position and struck him with a knee to the head. As a result, the Russian fighter, who by this time had taken full control of the fight, was disqualified, and the American was declared the new UFC bantamweight champion.

Sterling then defeated Ian in a controversial split decision rematch, and then defended the championship belt in a confrontation with his compatriot T.J. Dillashaw, whom he finished by technical knockout in the second round.

Having lost the title, the Russian won the interim championship belt by defeating Corey Sandhagen, and after a failure in the unification bout, he suffered another defeat, losing a split decision to Sean O’Malley.