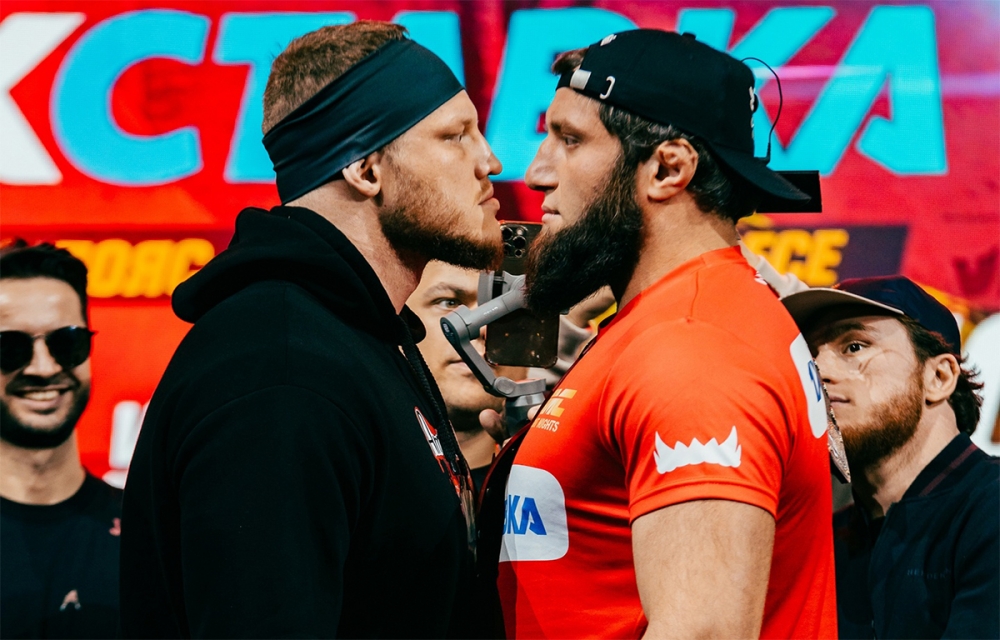 Russian heavyweight Grigory Ponomarev has become the new AMC Fight Nights heavyweight champion with an early victory in a principled rematch with his compatriot Yusup Shuaev.

Ponomarev, who in March this year lost to Shuaev by TKO in the second round after the controversial decision of referee Gerikhan Shibilov to raise the fight to the stand, this time decided everything in the first five minutes, finishing the champion with a rear naked choke 57 seconds before the break signal.

Before signaling surrender, Shuaev unsuccessfully tried to get out from under Ponomarev for two minutes, who transferred him to the ground after a two-minute reconnaissance in the rack.

Despite the fact that at the end of the fight, which led the AMC Fight Nights 115 tournament in Sochi, Shuaev made obscene gestures towards the opponent, the organizers and team members managed to extinguish the flaring conflict, after which both heavyweights agreed to complete the trilogy and even held a sterdown.