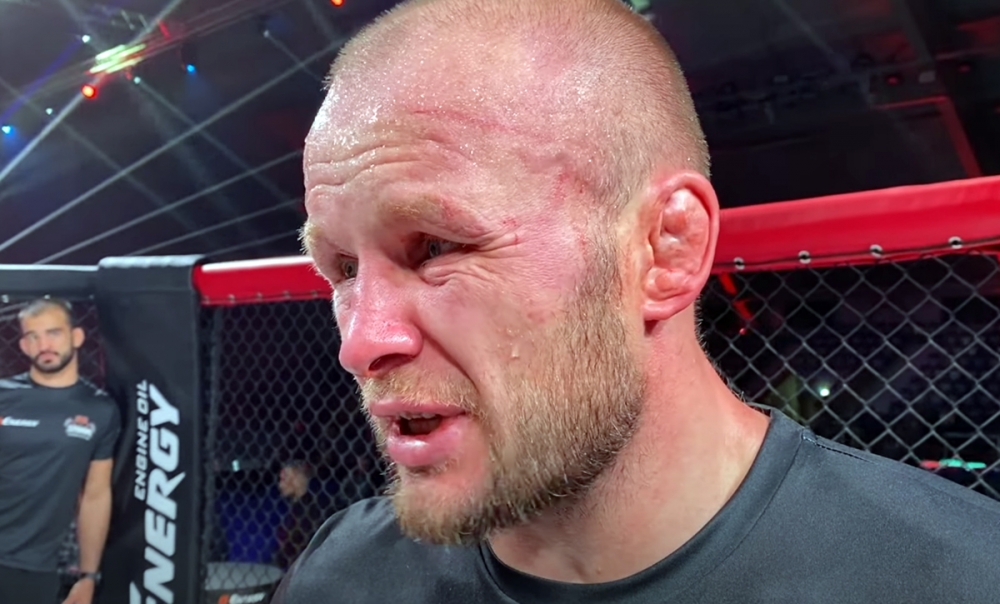 The organizer and headliner of the SFC 5 tournament, Alexander Shlemenko, is convinced that he dominated the Brazilian Kleber Souza and deserved to win in a duel that ended in a draw.

“I was very surprised – if they gave him the victory, it would be generally super,” Storm said, talking to reporters after the fight. “I didn’t see the fight from the side, but in general, all my attacks, this is it. The choke attempt in the third round is mine, that’s two. And I was close, honestly, but he slipped out, he was slippery. I poured more blood on him. And so, well, yes, he broke my nose from his knee, but I don’t understand why he was given a draw. In my opinion, I failed him, he missed. My punches were more accurate as far as I know.”

The Russian considers his only mistake in the fight to be a strangulation attempt in the third round, which he could not finish.

“I would have worked five rounds, but it seems to me that Kleber got hooked in the third round. I had one mistake – I put a lot on the choke, I thought I would choke him. I was close, and then my hands trembled a little. That’s all. I tell it like it is – I was afraid to miss a beat, because I was knocked down just recently, but everything went fine. The fight was very dangerous, on a collision course, but I didn’t miss anything except for a knee to the nose.”

Despite the fact that Shlemenko failed to get his career back on track after an early loss to Serbian Alexander Ilic, he remains convinced that his fight with Magomed Ismailov, scheduled for December, remains relevant.

“Roma Ismailova said that I need to work out the whole fight. I worked the whole fight, and now I want to say – Maga, hello, win against Ilic, and our fight will be more relevant than ever! Maga, don’t run, tell me honestly – will we fight with you, or not? That’s all I want to ask. If you’ve changed your mind, if you’re looking for easier boxing fights, then say it like it is. In December, the fight seems to be scheduled, but if you are already not satisfied with the fee, then talk to the RCC – I think they will fix this topic, because the fight is relevant, you need to hold it.

Recall that on October 7, a boxing match between Magomed Ismailov and Alexander Ilich will head the event of the PRAVDA Boxing league.