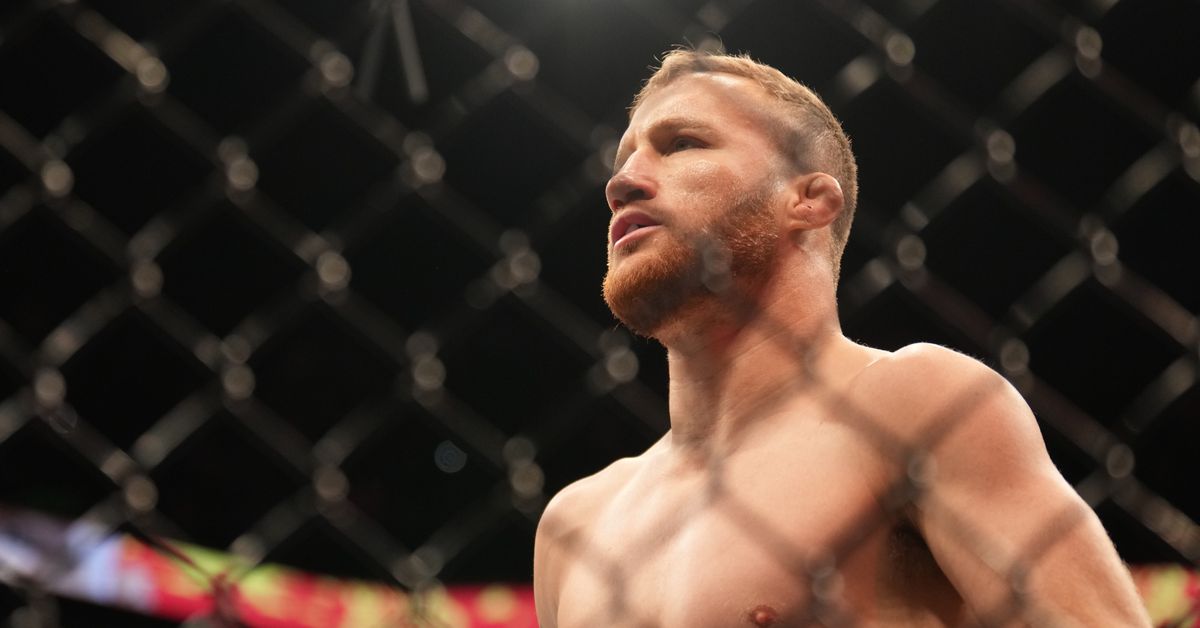 Justin Gaethje plans to return to the UFC’s octagon in the first quarter of 2023 after having successful — and much-needed — surgery on his nose.

During the 2022 UFC Hall of Fame red carpet in July, Gaethje told members of the media he was heading to surgery to repair his damaged nose following his first-round stoppage loss to Charles Oliveira at UFC 274. It wasn’t about improving his professional career as an athlete or fighter, it was also about making a difference in his daily life.

“It was great. It was 13years without a nose,” Gaethje said to MMA Fighting. “I’ve had two of my senses pretty much broken and fixed — my eyes and my nose — and I don’t know which one is better. I can’t imagine not being able to see, and being able to see 20-20 is something special, but being able to anticipate your food, sleep, and really just live how we’re supposed to — having two methods of oxygen intake — is something I’m really enjoying right now.

“Whenever this happened, it was in college, in the middle of a wrestling season, I was cutting weight, and even before that I was in college eating McDonald’s. I don’t miss that, but I get to eat really good food now and it’s great to really enjoy it as much as I should.”

Gaethje recently teamed up with the UFC, Modelo, and Rebuilding Together for the promotion’s gym revitalization program in Denver. For the program’s second gym renovation, Topeira Boxing Club was chosen after local trainer and owner Joaquin Romero was tragically killed in a hit and run accident in February.

Now, his father Oscar is running the location to keep his son’s dream alive, and through the program, Topeira Boxing Gym received new boxing rings, punching bags, windows, security doors, electrical outlets, additional mirrors, coat of paint, lockers and storage shelves, and more, which is something Gaethje was proud to be a part of in his local area, and hopes to continue to be involved with the program.

As far as Gaethje’s return to the octagon goes, it was rumored by multiple social media pages that the UFC was close to finalizing a matchup with Rafael Fiziev at UFC 282 on Dec. 10, which Gaethje said wasn’t accurate because he doesn’t plan on competing again in 2022.

“I will tell them next year,” Gaethje stated. Gaethje said, “I am starting to exercise now. I’m back on a routine. One thing we have over other sports is that the body is resilient, but you have to give it time. It was a tough camp for me and it hurt. I needed a break. It was great that my nose got fixed.

“They got a fight for the title [at UFC 280], so somebody’s got to fight the loser. Dustin Poirier and Michael Chandler are fighting, so somebody has to beat the loser. Next year I will be available, hopefully January, February or March. If they choose, it would be whatever. Although I don’t know when Kamaru [Usman] will be going to London [for the Leon Edwards rematch],, I would love fighting in London .”

Gaethje won his second UFC Undisputed Title shot after a UFC 268 win over Michael Chandler at MMA Fighting’s 2021 Fighting of the Year. Although he fell short of winning the title in May, he still has aspirations to accomplish his dream of becoming a world champion.

In April 2018 following his loss to Dustin Poirier at UFC on FOX 29, Gaethje had said he believed he had “five fights” left. Four years later Gaethje stated that it was not fights but intense battles left in the tank. He regarded the Oliveira match as the most important.

“The specific quote is I would take four to five more wars, and since then I believe I’ve only had one, so it looks like I have three or four left in the tank,” Gaethje explained. “It’s probably two or three [more] like the Charles fight.

“Ultimately, my goal is to be the world champion. To be the world champion, I have to win two, maybe three wins. If that happens, then I will need two more — at least two in the first round. That would get you back in title contention. I will stop believing in myself or feeling confident that I am the best I can be .”

Named favorite in the battle of Conor McGregor and Michael Chandler