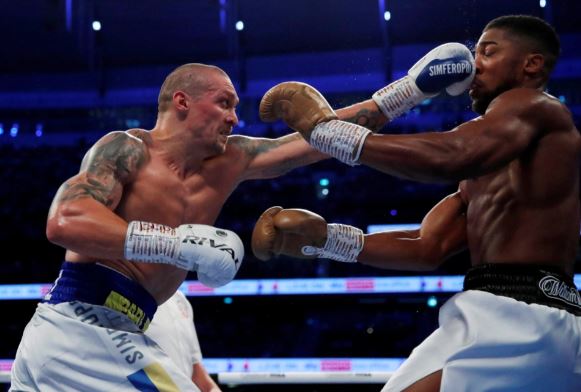 Promoter Alexander Krasyuk (K2 Promotions) shared the latest news about the rematch of the unified heavyweight champion Ukrainian Oleksandr Usyk (19-0, 13 KOs) with Briton Anthony Joshua (24-2, 22 KOs), and also talked about the prospects for organizing a fight for the title of owner of all division belts.

On the rematch with Joshua: “We have already set up a training camp for Alexander. He began the preparation and recovery process from the psychological stress caused by the invasion of Russian troops in Ukraine. I think for Joshua this fight is his last chance. I think he will end his career if he loses. Now everyone around Joshua is telling him how to use his strengths in the ring – size, weight, arm length, aggression. But after all, Usyk also has his advantages – speed, footwork, boxing IQ. And he, too, needs to collect all this now into one whole. The rematch will end the way every Ukrainian dreams of it. And Usyk is no stranger to boxing under pressure. This time he will fight not only for himself, but for the whole of Ukraine. He will fight for compatriots, for our pride and victory.”

On a potential fight for the undisputed world title with Tyson Fury: “The fight with Fury is an opportunity to make sure that the whole world sees the fight for the title of absolute heavyweight champion in the near future. But there are many obstacles. And the obligatory rematch with Joshua is one of them. And in order for the fight with Fury to take place, it is necessary to satisfy the financial requirements of both champions. Another point is Fury himself. You can never be 100% sure with him. He’s like an actor. Nobody knows what’s on his mind. But I believe he has the honor, the will, the drive and the ambition to be the first ever undisputed world heavyweight champion in the four belt era.”

Fury dealt with his mandatory challenger compatriot Dillian White (28-3, 19 KOs) in April, after which he announced his retirement. The last heavyweight all-timer in history, Lennox Lewis, was asked if he would beat Tyson Fury: answer video.