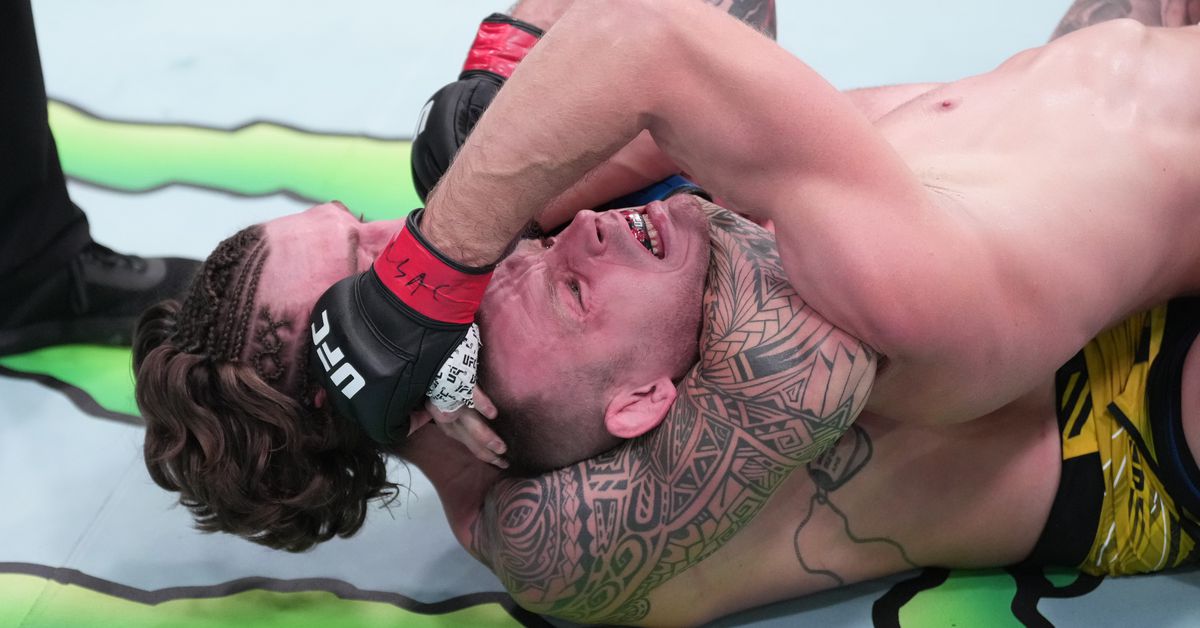 Brendan Allen is back on a roll.

The 26-year-old middleweight notched his third win in a row on Saturday at UFC Vegas 61, tapping out the always tough Krzysztof Jotko with a rear-naked choke at the 4:17 mark of the opening round.

With the finish, Allen (20-5) has now won eight of his 10 octagon appearances, losing only to ranked fighters Chris Curtis and Sean Strickland.

Following his win, Allen called to fight at the UFC’s upcoming Jan. 21 pay-per-view.

” I want to fight at Rio [at UFC 283], Andre Muniz, Allen stated. Allen said, “He is a great jiu jitsu guy. I think we make a good matchup.” We both like to strike a little bit, we’ve both got good jiu-jitsu. If not, he is my guy. I love him. But, ‘Fluffy I would like to meet you there .”