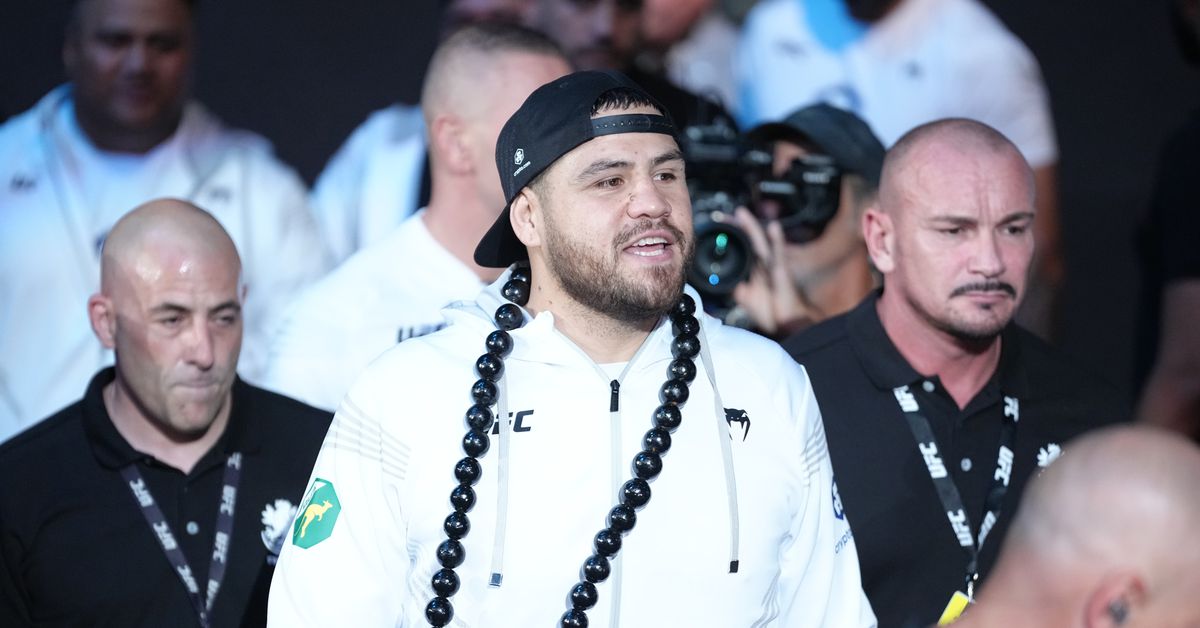 Tai Tuivasa and Sergei Pavlovich are keeping the upper tier of the heavyweight division moving.

MMA Fighting confirmed with sources with knowledge of the matchup that Tuivasa (15-4) and Pavlovich (16-1) are set to fight in the co-main event of UFC Orlando, which takes place Dec. 3 at Amway Center in Orlando, Fla. Tuivasa is currently ranked No. 5 at heavyweight in the MMA Fighting Global Rankings, while Pavlovich holds the No. 7 spot.

The bout was first reported by MMA Junkie.

Tuivasa looks to rebound from a third-round knockout loss to Ciryl Gane this past September at UFC Paris, a loss that snapped a five-fight win streak for the affable Australian. Before that, Tuivasa had a string of successes that saw him win knockouts against Augusto Sakai and Derrick Lewis.

Pavlovich also recently defeated Lewis, taking out the perennial contender in under a minute at UFC 277 this past July. He has now won four consecutive fights. His only loss in UFC was when he lost to Alistair Overeem. Pavlovich has won all of his UFC victories by first round KO/TKO.

UFC Orlando is headlined by a welterweight contest between Stephen “Wonderboy” Thompson and Kevin Holland.

Guilherme Cru and Mike Heck were both contributors to this report.