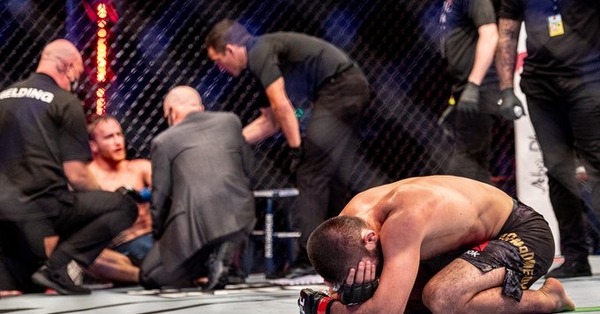 The fighter is going through the death of his father

After the fight, Khabib Nurmagomedov burst into tears as he paid tribute to the memory of his father, Abdulmanap Nurmagomedov, who died of the coronavirus on July 3. After the emotions subsided a bit, Khabib made a sensational statement – he is ending his career as a fighter.

“In 2008, when I started, many did not believe. I am a simple kid from a mountain village in Dagestan. I could not believe it. We walked with my father to this goal. I just wanted to go ahead and become world champion. When the UFC called about the fight with Justin, I talked with my mother for three days. I promised that this would be my last fight. She didn’t want me to fight without a father.

I’m leaving the UFC. I promised my mom that this fight is the last. I had a big grief. Appreciate your parents while they are around. I have one parent left – this is my mother. I want to spend more time with her,” said Khabib Nurmagomedov.