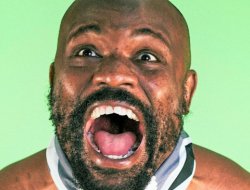 Now the underdog claims that he has become stronger over the past time and even – in his opinion – defeated the current unified division champion from Ukraine Oleksandr Usyk (actually not), with whom Fury is going to fight for the heavyweight absolute next year.

“Let’s call a spade a spade – I beat Usyk,” Chisora ​​insists. – I knocked him down, but he was not counted. And you know, it’s a problem. So I just hope that the upcoming fight against Fury will be fairly judged. I have so much going on in this camp and I don’t want people to be prejudiced. I want people to come with a clear mind and be honest. Because I’m not going into the ring to lay down. And he definitely does too. So let’s be fair.”