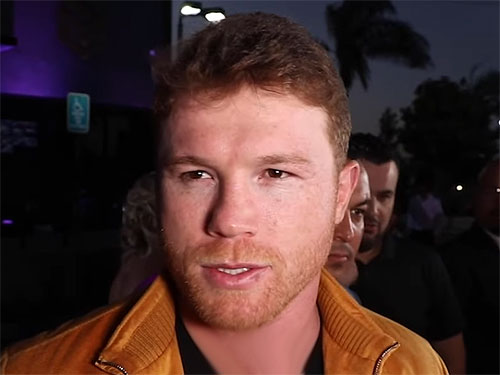 The absolute champion of the second middle weight (up to 76.2 kg) Mexican Canelo Alvarez (57-2-2, 39 KOs)
answered to the questions of the Mexican media while staying at home.

One of the main boxing stars announced the goal for the next fight against the unified middleweight champion (up to 72.6 kg) Kazakhstani Gennady Golovkin (42-1-1, 37 KOs), commented on the defeat in the last fight against the WBA super champion Russian Dmitry Bivola (20-0, 11 KOs) and told what he learned from him.

Canelo, you have many hobbies. One of them is singing. Tell us about it and about a possible duet with your friend Gerard Ortiz.

– I love to sing. But the way I do it is a completely different story. We’ll put singing aside.

– What is your biggest passion?

Boxing is my biggest passion.

– Regarding the trilogy fight with Golovkin, is your focus to retire Golovkin?

– Yes, this is my goal for this fight – to send Golovkin to retire! I will have a great camp to achieve this goal.

How are you preparing for this fight? You show that despite the fact of your defeat, you are still in the ranks.

– That’s life. Somewhere you win, somewhere you lose. As I said earlier, when you are chasing greatness, there will be hitches and obstacles along the way. There will be one or three or ten – but that does not mean that you will not achieve it. We are still here and on the same path.

– What did you learn from the last fight, what can you take into the ring for the next fight?

– Move forward. Obviously, things happen that should not have happened. But that’s the way it is. I have to move forward with the same level of discipline, and also not make the same mistakes that I have already made.

Meanwhile, Golovkin shamed Canelo for his reaction after the Bivol fight.