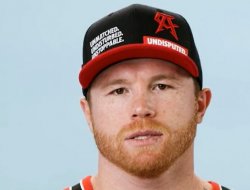 According to the star, he lost because he allegedly went into battle not in full combat readiness – for a number of reasons, including not the best training in terms of conditions.

“The truth is that there is not much to say here,” the Mexican answered the corresponding question honestly and bluntly. I lost because I was tired. All because of this – weight, a lot of other things happened … But, whatever it was, I lost, and this is how it should be perceived.

Canelo also hinted at a possible rematch in the future.

“But I’m a winner [по натуре], here I am again, on the same path and with the same desire to go forward,” said Saul. “And I will have the opportunity to show you that I am better than him. He beat me not because he was supposedly better, it was just that I didn’t give 100%.”

British promoter Eddie Hearn said in early autumn that Alvarez’s team allegedly already instructed him to set the stage for a rematch with Bivol. But first, on September 17, Canelo must win a fight against Gennady Golovkin, and Bivol on November 5 against Gilberto Ramirez. However, if both lose, they may well fight again – like losers.