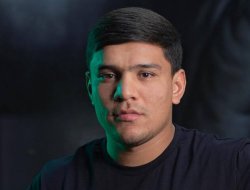 An agreement was reached on the fight between WBA/IBF world champion in the second bantamweight (up to 55.3 kg) Murodjon Akhmadaliev (11-0, 8 KOs) and Marlon Tapales (36-3, 19 KOs). This is the obligatory defense of the Uzbek through the IBF line, recalls
boxing scene.

The teams came to an agreement without promotional bidding, which was one day away.

The date and place of the battle is still unknown. The fight is expected to take place towards the end of the first quarter of 2023 or early April.

Impossible is demanded from Akhmadaliev

Akhmadaliyev is the bronze medalist of the 2016 Olympics in Rio. Last June, Murojon beat WBA mandatory American Ronnie Rios but injured his left hand in the process.

The 30-year-old Filipino southpaw has been boxing pro for 15 years. In 2016, Marlon scored in the 11th round of Panya Duck in a valid fight and took the WBO bantamweight belt. Then once he defended it with the same result – and went to featherweight.

At the end of 2019, Tapales lost ahead of schedule in the same 11th round to Ryosuke Iwasa in the fight for the “interim” IBF title at 55.3 kg.

And now – his new attempt to take the same title in the same weight, only full-fledged, and even with the WBA belt to boot.