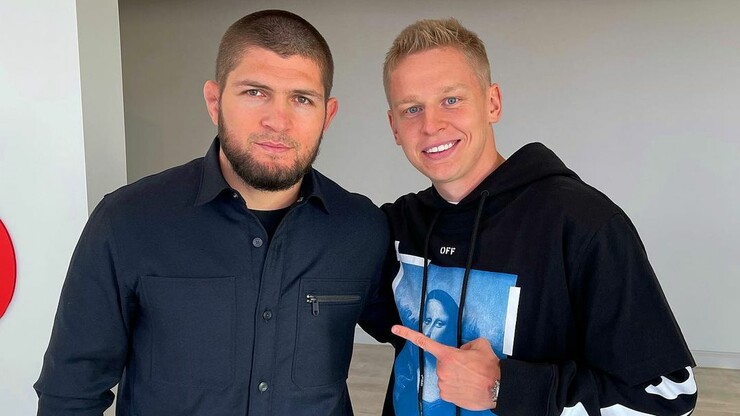 Alan Prudnikov saw only two top athletes in the photo

Alan Prudnikov, agent of the Ukrainian football player Manchester City Alexandra Zinchenko, surprised that his client was criticized for a photo with former UFC champion from Russia Khabib Nurmagomedov.

“I don’t know who sees and comments on these photos?! I saw two top athletes!” said Alan Prudnikov.

Recall that Alexander Zinchenko met with Khabib Nurmagomedov at the Anfield stadium during the match of the 7th round of the Premier League “Liverpool” – “Manchester City” (2:2). “Still the #1 legend for the UFC. It was nice to watch the game and talk with you, Khabib, ”Zinchenko commented on the joint photos.

Ukrainian fans expressed dissatisfaction with the player’s post and criticized Zinchenko in the comments.