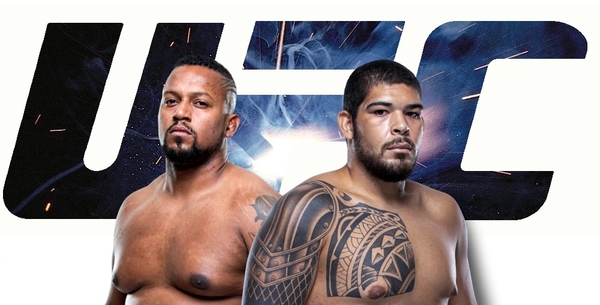 The second card after the return of the UFC to Fight Island in Abu Dhabi, UAE, is significantly inferior to the UFC 253 pay-per-view event. However, UFC on ESPN 16, scheduled for this weekend, has a couple of potentially interesting fights involving former promotion champions.

In the co-main event, we will see the comeback of two heavyweights Castro and Filipe.

Castro is returning from his first career loss in his 7th fight at UFC 249 in May to Greg Hardy by majority decision. In the previous fight, the Cape Verdean native made a successful debut in the UFC, knocking out Justin Tafa in the first round.

Filipe also returns after the first failure in his career. In July, he lacked grappling skills to get past Sergei Spivak, losing a majority decision in the Brazilian’s first fight under the UFC banner.

Both fighters are similar in many ways. Both of them have a meager skill set, prefer to fight in a stand-up position and are capable of knocking out opponents – together they have 11 knockouts in 14 won fights.

There is every reason to believe that we will not see Casto and Filip in the stalls. Instead, they will trade blows until one of them passes out. Casto looks in this pair is still a more skilled fighter. And although Filipe has not yet been knocked out, he may have his first early loss at UFC on ESPN 16.

Castro wins by knockout in the 1st round