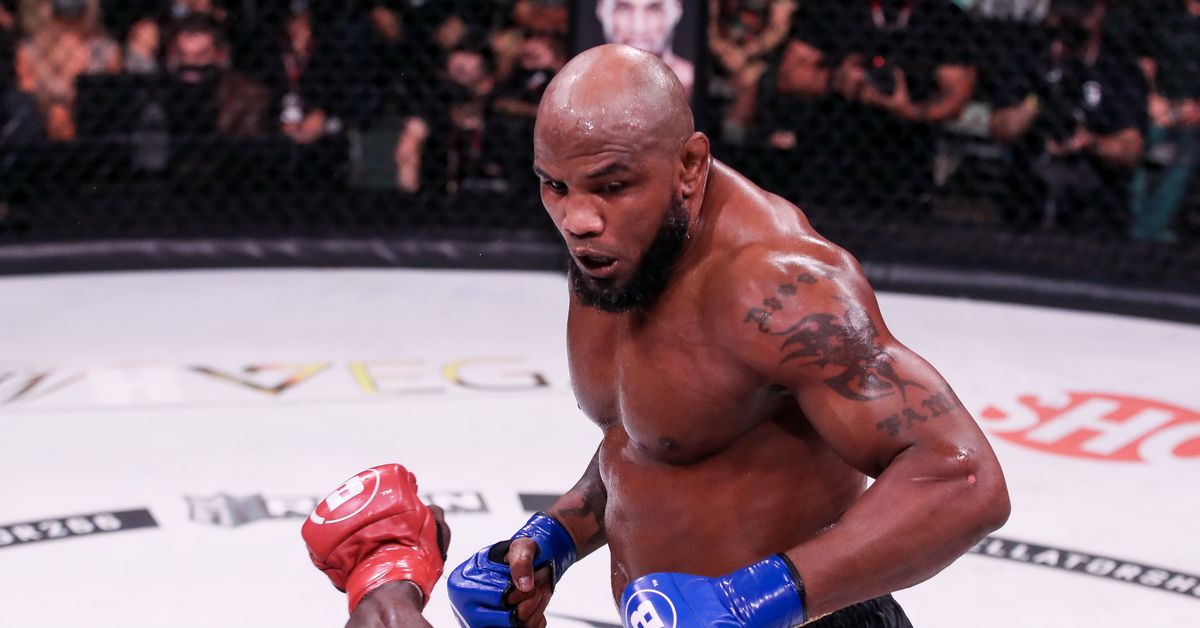 Yoel Romaro is back with Bellator.

Bellator announced Thursday that the two-time UFC middleweight title challenger will meet Melvin Manhoef in a light heavyweight bout that serves as the co-main event of its upcoming Bellator Paris card on May 6.

This is Romero’s second fight after his September debut. At Bellator 266, Romero (13-6) lost a split decision to former light heavyweight champion Phil Davis. Romero, 44, has lost four straight fights, including a UFC middleweight title fight against Israel Adesanya. He was to take part in Bellator’s Light Heavyweight World Grand Prix in an opening round bout against Anthony Johnson, but was forced to withdraw due to an eye issue and later faced Davis outside of the tournament instead.

Manhoef (32-15-1, 2 NC) looks to rebound from a second-round TKO loss to Corey Anderson. This is his first appearance since November 2020.. The 45-year-old MMA and kickboxing veteran holds a 4-4 (1 NC) record inside the Bellator cage since joining the promotion in 2014.

Bellator Paris takes place at Accor Arena on May 6 and will be headlined by a heavyweight title rematch between champion Ryan Bader and Cheick Kongo.

There are no guarantees: Will Stephen Thompson, the “Wonderboy”, defeat Kevin Holland in UFC Orlando?