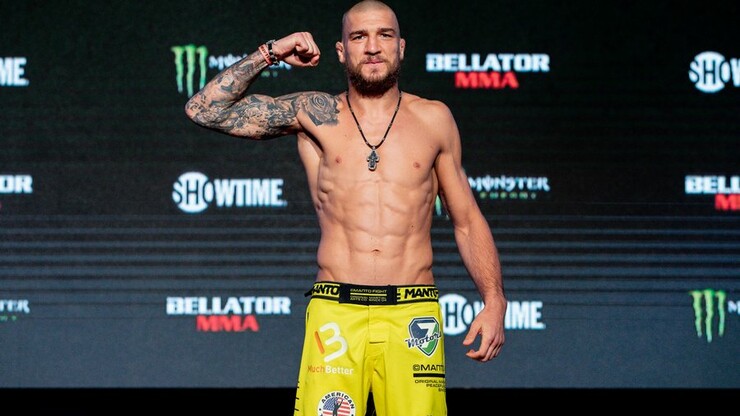 Ukrainian fighter of the Bellator welterweight division Yaroslav Amosov (26–0) commented on his victory over Douglas Lima in the main event of Bellator 260.

“Many people thought that I would not be in the best condition in this fight, I would not be able to fight all five rounds. I can’t say that I fought all five, but half the rounds I tried to fight in the stance, half I fought. I tried to listen to my coaches. People thought that I would not succeed, because my last fight was difficult, but no one knows what the situation was in preparation. Therefore, I was not a favorite, they saw that I could fight all five rounds. It’s sambo, baby.

I wanted my son to be born and I was a champion. This was my biggest motivation. Now I can freely recover, rest, wait for my son and help my wife. If I lost, it would be emotionally very difficult for me. I would ask for another fight, fight as soon as possible. It would be hard for me,” said Amosov.