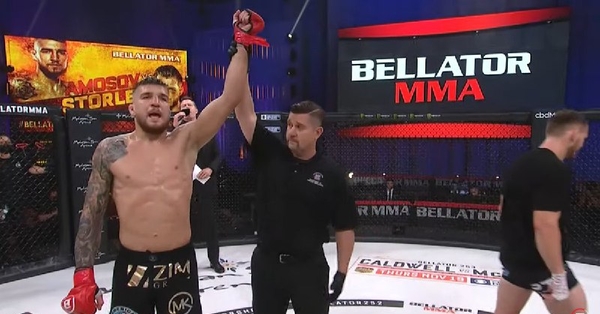 The Bellator 252 tournament is being held at the Mohegan Sun Arena in the United States of Uncasville. In the co-main fight in the welterweight division, the representative of Ukraine Yaroslav Amosov defeated the American Logan Storley.

Both fighters approached this fight, not knowing the bitterness of defeat. As expected, the fight came out very even, and after three rounds it was difficult to name a winner with certainty.

The opinions of the judges were divided: one referee gave preference to Storley by a minimal margin, but the opinions of the other two brought victory to Amosov. 28-29, 29-28, 29:28 – Yaroslav won by split decision.

For Amosov, this victory was the 25th in professional MMA, he has the longest active winning streak since Khabib Nurmagomedov retired.