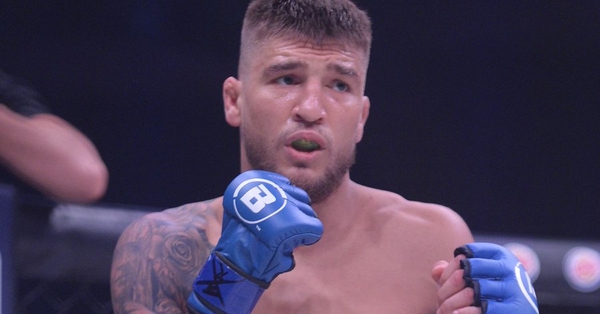 After the fight, Amosov wants a shot at the title.

“It was a very tough fight for me. Logan Storley has good style, he’s a wrestler, we’re both wrestlers. When you fight a wrestler, it’s always hard. He wanted to go to the ground, and I had to defend myself, constantly think about defense. I am very tired. I haven’t rewatched this fight yet, but I don’t think it’s my best fight. I still have to work very hard, I still have problems. There is always something to be improved.

Split decision? I was very worried, because I am undefeated. My story could change. It was a very important fight. Now I want to ask for a serious fight. Of course, I would like to get a fight for the title.

I fought six fights in Bellator, won all six. At my weight, I’ve only had three fights in 9 months. I think I should fight for the title. I’m always ready to fight. My last fight was two months ago. I’m ready, let me rest and I’ll be ready for the next fight.

Douglas Lima (Bellator Champion)? All fighters are my colleagues. I have no enmity with him. I hug all my opponents at the weigh-in, I love everyone, ”Amosov said after the fight.