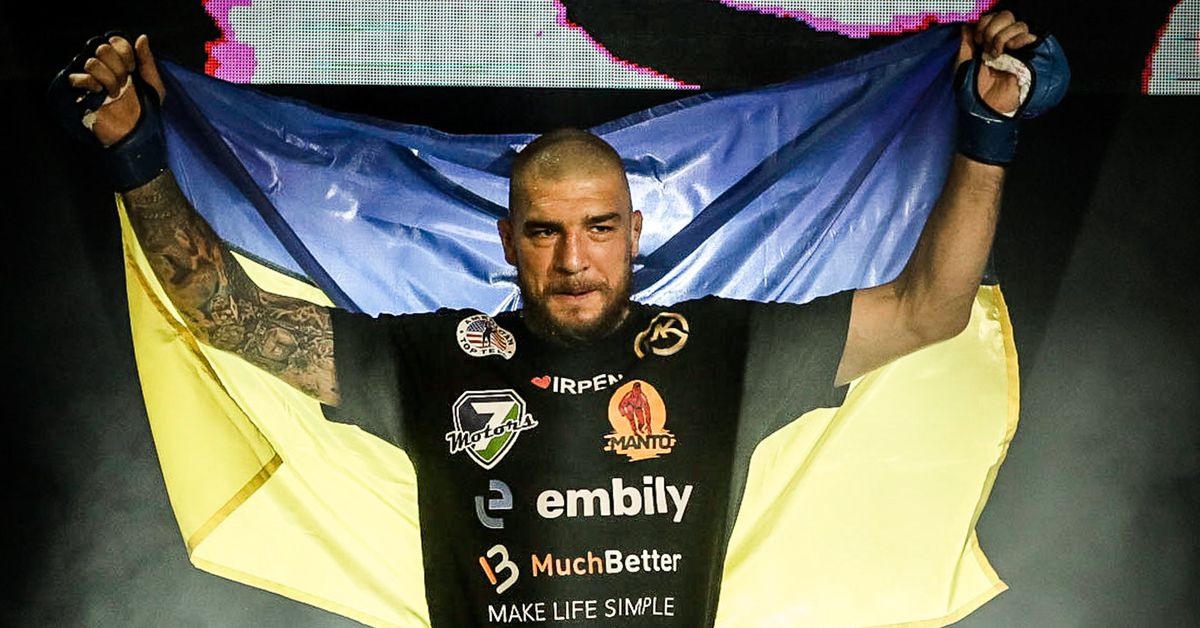 Bellator welterweight champion Yaroslav Amosov offered an update on the ground in the Ukraine amid the ongoing invasion by Russian forces.

The 28-year-old undefeated fighter helped his family leave Ukraine shortly after the conflict started but he returned to defend the country for the past several weeks. On Monday, Amosov released a video from Ukraine criticizing Russian reports about the war while showing a house that had allegedly been bombed during an attack. In the clip, explosions can be heard in the distance.

” Greetings to everyone. I wanted to add — and repeat — that many people spoke about the special operation. Amosov stated on Instagram that you are not saving us. “We are defending ourselves. Russian troops arrived on our territory, and they speak of saving us. It’s very interesting to me, who did you save in this house? This is only a small fraction. It drops [a shell] on orphanages and regular houses. They shoot at civilians.

“Terrible things are happening. I don’t understand those people who don’t believe what is going on in our country, they watch their TV and think everything is okay here. They believe that you [the Russian people] are saving us. We are not being saved by you. I’m not sure how the Ukrainian people will forgive Russia for their actions in Ukraine. This isn’t even the end .”

According to reports, at least 636 civilians have been killed since the invasion first began on Feb. 24. Russian forces have launched more than 900 missiles during the onslaught, with numerous civilian areas being hit.

Recent targets have included a maternity hospital as well as apartment buildings.

“Many are dying,” Amosov stated. “I don’t know how you can tell a person who lives in Ukraine what goes on here. It’s something I can see with my eyes.

” Our country will defend itself and win. We are a nation of people who work together and we have the highest ranking country in the world .”

Amosov is just one of several Ukrainian athletes who have stayed to defend the country during the fighting.

Boxers Vasyl Lombenko and Oleksandr Usyk remained in Ukraine. Usyk canceled his anticipated rematch with Anthony Joshua to allow him to remain home while the conflict continues.

As for Amosov, as of this writing, he’s actually still scheduled to defend his welterweight title against Michael “Venom” Page at the upcoming Bellator London event on May 13.