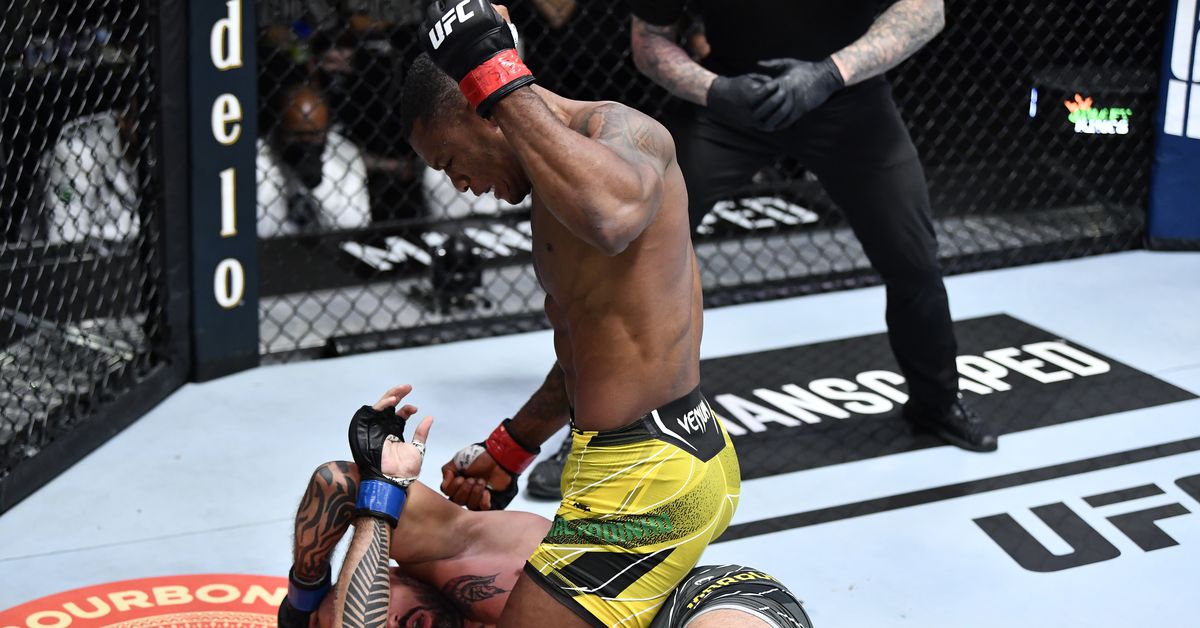 Jailton Almeida has a new opponent — in a different weight class — for his second UFC bout.

With Russian light heavyweight Maxim Grishin out of UFC Vegas 55 due to undisclosed reasons, Almeida has decided to move up to heavyweight and face Parker Porter on the same card on May 21.

Multiple people with knowledge of the situation confirmed the change to MMA Fighting following a report from Combate.

Almeida (15-2) took on social media to say he’s inspired by UFC sensation Khamzat Chimaev in his decision to face a heavyweight next. “Malhadinho” tapped Nasrudin Nasrudinov at Dana White‘s Contender Series and stopped Danilo Marques in his UFC debut earlier this year.

UFC Vegas 55 will be held at the UFC APEX Las Vegas. It will feature Holly Holm, a former bantamweight champion, against Ketlen Vieira.