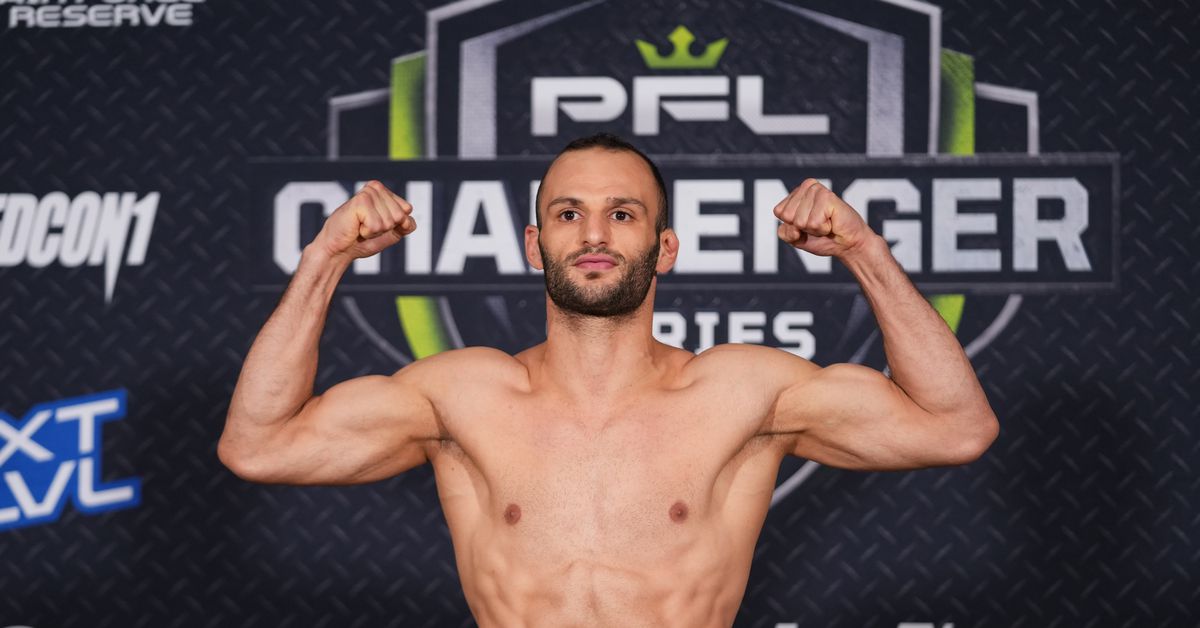 Jarrah Al-Silawi is not like the other hopefuls competing at PFL’s Challenger Series event on Friday night.

Al-Silawi, however, revealed to MMA Fighting that he had already signed a contract for the league in order to take part in their upcoming 2022 welterweight seasons. He was actually in talks to debut in a showcase bout during the 2021 season, but delays with his visa prevented that from happening.

That means Al-Silawi (16-3) is solely focused on defeating opponent Michael Lilly and he doesn’t particularly care how he does it. Jordanian fighters are not only focused on winning, but representing his country.

” I don’t feel pressure to win any way,” Al-Silawi stated via an Arabic translator. “I am just trying to prove something and I’m here to prove that Middle Eastern fighters have reached the highest stage, and they are really good. That’s the most important .”

Al-Silawi has already made a name for himself as a champion in Bahrain’s Brave Combat Federation promotion. “The Jordanian Lion” enters the PFL with wins in 11 of his past 12 outings, his lone loss a split decision to Abdoul Abdouraguimov that he avenged in an immediate rematch. This stretch of success also includes a first-round knockout of current UFC fighter Carlston Harris and a win over former UFC fighter Ismail Naurdiev.

In his most recent outing, Al-Silawi successfully defended his 175-pound title by breaking Naurdiev down with leg kicks to set up a second-round finish.

“The reason why is PFL has a really high level, especially at my weight class,” Al-Silawi said. “I feel like I’m now better than I’ve ever been and with all the experience I’ve had, it’s time to really put this to the test and face some of the best people out there. I feel like PFL is the best place to do that.”

” Now is the best time, because MMA in America is so much larger than in the Middle East,” he said. It’s still an emerging sport, however it is still very small compared to the U.S. I feel like PFL has a pretty big platform, I want to get on there to really showcase my skills and grow my name. PFL and UFC to me are the two best at the moment. The UFC was always going be the best, but it happened to be PFL .”

Lilly, a strong wrestler fighting out of the MMA MASTERS gym in Florida, sports a 7-6 record and doesn’t have the same hype as Al-Silawi heading into their contest. Still, Al-Silawi views him as a dangerous test, one that could derail his PFL championship dreams before they even get started.

With six knockouts, five submissions, Al-Silawi is proud of his versatility. But, most importantly, he doesn’t look past Lilly, even with a contract.

” I trained for this fight as though I were fighting for a million dollars,” Al-Silawi stated. I take each fight very seriously. I’ve been preparing for him for a long time. No , I will not overlook anybody

Al-Silawi meets Lilly in a 175-pound catchweight bout at PFL Challengers 2, which airs on fuboTV on Friday at 9 p.m. ET.