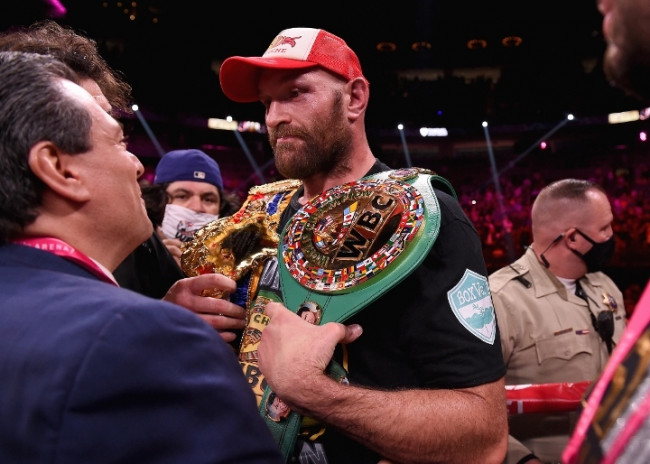 Promoter Frank Warrenqueensberry promotions) commented on the WBC initiative – the organization wants to meet with its heavyweight champion Tyson Fury (32-0-1, 23 KOs) next week and discuss his announcement of his retirement.

The WBC is interested in quickly playing the title if the Briton is not going to enter the ring anymore. Fighter promoter
Warren surethat the organization has no reason to force this process: “Calm down. No one will tell Tyson what to do. The only ones who have this right are his wife Paris and himself. Does the WBC want to “assess the situation”? What is there to evaluate? What’s the rush? Is Fury in for a mandatory challenger? No, because he just finished with him. And if there is no mandatory applicant, then what can we talk about here? You can only strip the belt for not wanting to fight the mandatory challenger. And this is not our case.”

“Tyson will do what he decides to do. I do not order him. One more thing. Believe that this dude is too smart to try to somehow influence his decision. So he will decide everything. And if he definitely does not intend to enter the ring anymore, then he himself will officially give up the belt tomorrow. But only if he himself decides to do so, if no one puts pressure on him. My opinion? I don’t know. No one knows. It’s up to him and only him. I’m not going to convince him. I think that a fighter should make the decision to end his career on his own, without the prompts of the promoter. After all, he always entered the ring without me, only he risked his health and life, but not me, right? Warren snapped.

“I will support him. It’s 100%. True, there is one idea in which I am not going to support him, ”Warren admitted. – That is if he decides to take a break for 2-3 years, and then return to boxing. This, I think, is an absolutely bad idea. Why is that? Because now he is at the peak of his form. And in 2-3 years it will be another Tyson Fury, obviously not a peak one. If you want to fight, fight now while you’re at your peak. Let’s remember him the way he was. Those who won even before entering the ring. Great master of mind games. There were only two such fighters in history. It’s Muhammad Ali and early Mike Tyson.”

Usyk and Joshua don’t believe in Fury’s retirement. Tyson recorded the video. And here’s the boss Matchroom Boxing Eddie Hearn is confident that the champion will leave the WBC belt next week.