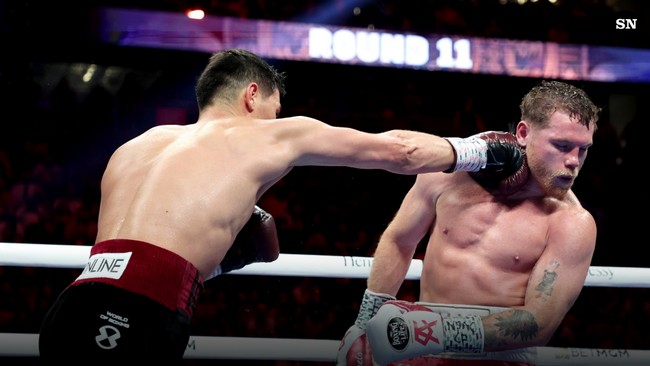 Top coach Robert Garcia pays tribute to WBA Super light heavyweight champion Russian Dmitry Bivol (20-0, 11 KOs) for his victory over the leader P4P rating Mexican Saul Canelo Alvarez (57-2-2, 39 KOs), but at the same time does not exclude the banal underestimation of the opponent.

“I think Bivol is really that good. He had an almost perfect fight, –
Garcia says. “He controlled the distance with jab and punches from afar. He confirmed what I said before the fight: the guy is very fast, he combines great. This is exactly what he showed. He wasn’t going to play by Canelo’s rules. He did not agree to arrange a mahach in the center of the ring. He avoided the fight. And that was their battle plan. He performed almost without errors.

“Canelo did everything he did before against opponents who were much bigger and taller than him. He tried to methodically press in the same way, punched through the body, beat off his hands. But in this fight, he backed much more often. And I don’t know why it happened. You should never back up against a fighter who is much bigger. After all, he will simply throw you with direct blows from a long distance. Previously, Canelo controlled the course of the fight, but in this fight, this was not the case. He kept retreating at moments when, on the contrary, it was necessary to press even more aggressively. And he lowered his hands too often, revealing his face, ”said the coach.

“I was surprised by Canelo’s performance,” says Garcia. “It was like a different fighter. Canelo is way better than what he showed. He also looked very tired. Maybe something went wrong in the training camp, but how would I know. Personally, I would suggest that the whole thing is a banal underestimation. And not only he underestimated Bivol, but also his entire team and head coach. Perhaps they were relaxed by the fact that Canelo was considered the clear favorite. Everyone kept saying that Canelo was the best of the best, that he couldn’t be beaten.”

After the defeat, the Mexican insisted on an immediate revenge. But Bivol is not sure about this: “After the fight you get a little carried away – you are ready to beat even Joshua.”