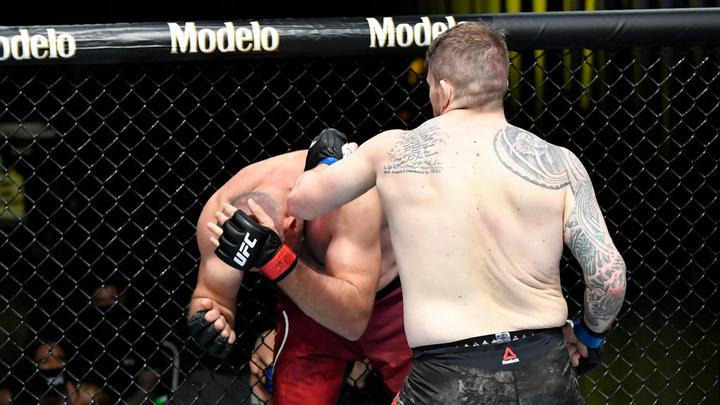 Russian fighter Alexey Oleinik excluded from the ranking of the best UFC fighters.

43-year-old Oleinik lost by technical knockout to American Chris Dokos on February 20, and this is his second defeat in a row.

In the updated version of the UFC rating, the American climbed to 10th place, and the Russian was out of the top 10 list.

Former Ukrainian Aleksey Oleinik was born in Kharkiv, but in 2014 he decided to become a Russian. Now he is banned from entering Ukraine. He spent 75 fights in MMA: he won 59 victories and suffered 15 defeats, once the fight ended in a draw.