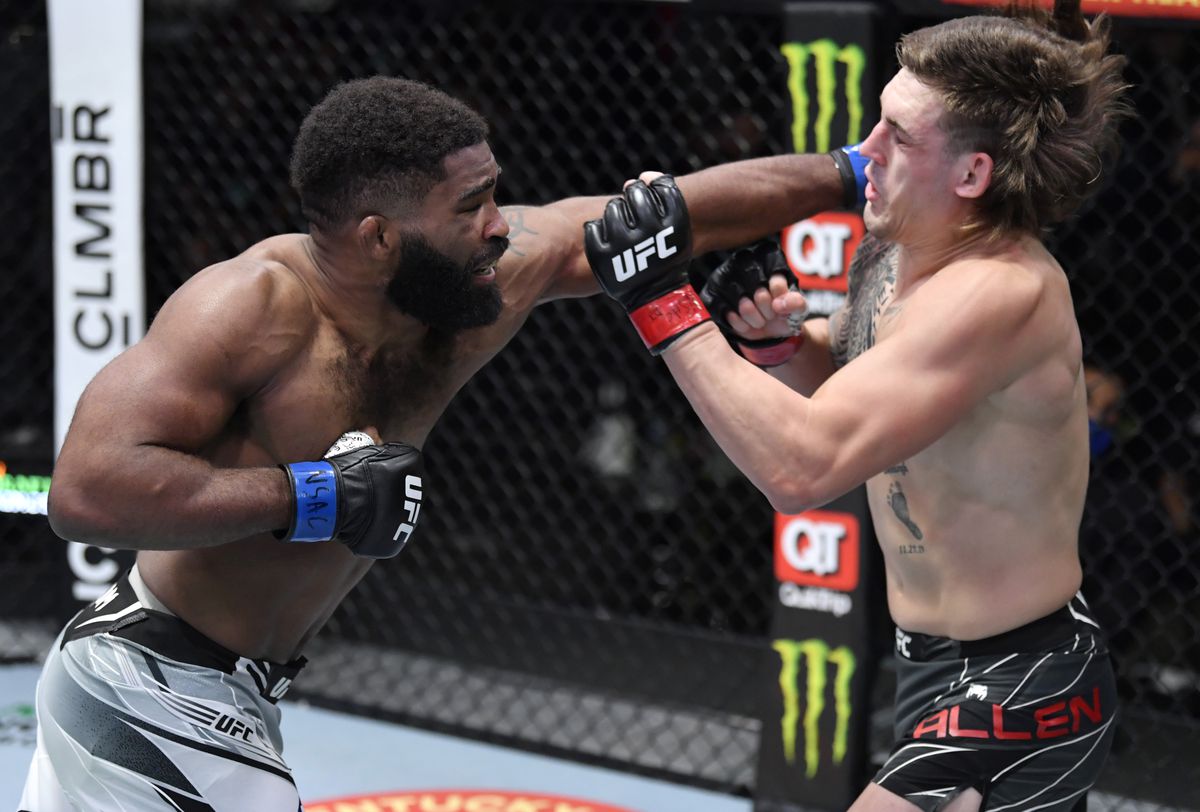 There’s an MMA triple-header this weekend with UFC Vegas 57, Bellator 282 and PFL 5 all taking place, and that means plenty of action to go around. The main event of UFC Vegas 57 features two of the best prospects in all of MMA, Arman Tsarukyan and Mateusz Gamrot, while Bellator has a middleweight title fight between Gegard Mousasi and Johnny Eblen. Both the heavyweight and light weight seasons of the PFL are continuing. We’ve got bets down on all of it, so let’s get to it.

Chris Curtis will face Rodolfo Veira in a classic grappler vs. striker matchup. But unlike recent weeks, I am taking the striker in this matchup. Yes, Vieira is a multiple-time world champion in BJJ, but he’s not a great wrestler, and his cardio is a known liability. Curtis was able, however, to resist takedowns by Phil Hawes (a JUCO champion) while also lighting Hawes up on his feet. Curtis is capable of doing the same thing here. While I’d normally prefer a prop called “Curtis By KO”, the lines are similar enough to that I might just go with the straight bet.

Sergey Morozov against Raulian Paiva, another grappler vs. striker battle. In this instance I am the grappler. Paiva is somewhat of an enigma, having lost to most of the good people he’s faced but somehow upset Kyler Phillips, whom I think highly of. Although he is young, his performances have been quite average. Morozov’s highests, however, are much higher. He has looked tremendous in victory, and his recent losses have come to super-prospects Umar Nurmagomedov and Movsar Evloev, plus a bit of a flukey loss to Douglas Silva de Andrade in a bout he was dominating. Paiva is certainly not on par with those gentlemen, and so I believe this should be another great performance from Morozov.

Over in the PFL, former UFC lightweight champion Anthony Pettis looks to punch his ticket to the lightweight playoffs when he faces Stevie Ray in the co-main event, and this fight is easy to call. Pettis might not be the same fighter he was in his prime, but he is still extremely skilled and dangerous. Ray, however, really isn’t. Pettis can lighten Ray at range and Ray isn’t threatening enough to lose the fight. Pettis probably gets a finish, either by KO or by Submission, but whichever way it comes, he almost certainly gets the win.

Also, in the PFL: Sheymon Morais takes on Lance Palmer (two-time winner of the PFL Tournament), and I am fading Palmer. This may be a sucker’s bet, but Palmer is 35 years old, has lost three in a row, and frankly, hasn’t looked very good lately. Moraes has been a great fighter since joining the PFL. He won his three previous fights and looks like he is coming into his own. Maybe Palmer grinds out a win here, but this fight feels 50-50, so I like a value play on Moraes.

Being honest with you, I think this pick almost comes from the gut. On paper Shavkat Rakhimovonov should be victor in this fight. Rakhmonov is undefeated in his career and has looked untouchable in his UFC run, earning comparisons to Khamzat Chimaev for his level of dominance. Still, I have concerns. Magny, for one, is an impressive step up in competition, making him a difficult opponent for anyone. Rakhmonov, on the other hand, doesn’t pass my eye exam for any reason. He’s obviously very good and likely to be a top-10 welterweight for some time, but something about his performances are off to me, and I can’t quite put my finger on it. So given that, I’m going to fade the prospect hype train as it runs into a man who already has 8 career wins as an underdog. Magny, for the love of it, hasn’t stopped an opponent since Craig White (who?). in 2018, so we’re taking the extra value that the By Decision prop offers. But if you want to simply take Magny straight at +320, I can’t fault you for that.

In the Bellator main event, Mousasi puts his middleweight title on the line against Johnny Eblen, and I cannot, for the life of me, figure out why this line is so low. Eblen is a prospect I enjoy more than others, but I have been less down on Mousasi. But this fight is exactly the same fight Mousasi has excelled in his past two times out. Both John Salter and Austin Vanderford wanted to take Mousasi down, and both men met similar, violent fates.

Eblen is a better wrestler than either Salter or Vanderford, but he’s not world-class, so I see no reason for this line to be this close. Mousasi will likely get a knockout early in this fight. But if not, he’s still going to win.

While both Tsarukyan and Gamrot are elite prospects in the lightweight division, simply put, Tsarukyan is better. The Armenian-Russian fighter is only 25 years old and has all the makings of a future champion. In his UFC debut, he went hammer and tongs with possibly the best lightweight in the world, Islam Makhachev, and since then Tsarukyan has only improved. Tsarukyan’s last three fights have seen him dominate, defeating solid opponents in Matt Frevola and Christos Giagos and Joel Alvarez. Gamrot, while the better fighter, will struggle to match the speed and pressure Tsarukyan exerts. Although this is by far the most exciting fight on the weekend, I believe Tsarukyan has a huge advantage.

Parlay these two bets together for -106 odds.

This fight is an extremely long shot, and Umar Nurmagomedov has the potential to win. The highly touted prospect has been untouchable throughout his career thus far, but -1050 is the type of number that should be reserved for dominant champions. Maness has quick hands and is an excellent defensive wrestler. He also is coming off another fight against someone who is looking to take him down, and he fared well against Tony Gravely, stuffing the shots and knocking out Gravely in the second round.

Again, it wouldn’t be at all surprising if Nurmagomedov chain-wrestles Maness to the floor and then taps him. At this price I am willing to give it a try.

Yet again, our brilliant bets on Joe Lauzon to pull off the upset were derailed by a last-minute fight cancellation. It was very disappointing, but it meant that we still had a successful week. Alas, wins are wins, so let’s keep stacking.

As always, make sure to check out No Bets Barred for more gambling content if you haven’t already. You all have a great time and be safe!

All information contained in this article has been provided by MMA Fighting to its readers for amusement, news and entertainment purposes. It is the responsibility of the reader to learn and abide by online gambling laws in their region before placing any online sports betting wagers.