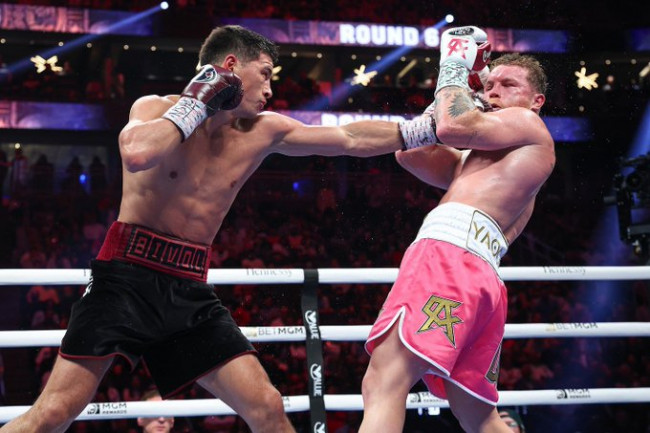 It looks like today the champion represents Kyrgyzstan. Well, OK…

Bivol starts to block Canelo with jabs. He is much more aggressive than usual: he quickly closes the distance, tries to launch hooks around the block, hits the body and shoulders, tries to catch with an uppercut. The champion is a little stiff and constrained.

The Russian tried to work in series. So much better, but do not pinch yourself to the ropes. Bivol is expectedly more active, throws more, defends excellently. But Canelo’s punches are harder and more dangerous. So far, everything is as competitive as possible.

Bivol seized the initiative to the equator. He doesn’t just shoot bursts, he’s much more accurate, and Canelo doesn’t do much: the favorite misses a lot, looks tired, takes long pauses, clings to the ropes. The challenger acted much better in the 9th round: he provoked the champion into a protracted attack (almost all by), then seized the initiative.

Bivol increasingly forced Canelo to back away. The Mexican tried to seize the initiative in the championship rounds, but did not succeed in this. The challenger lifted the champion in the 11th round and didn’t mind slamming him on the canvas. Well done, holding back. All-in Canelo did not go – there was no strength left.

This is Bivol’s victory, but let’s see what the judges say: three times 115-113 in favor of the champion.