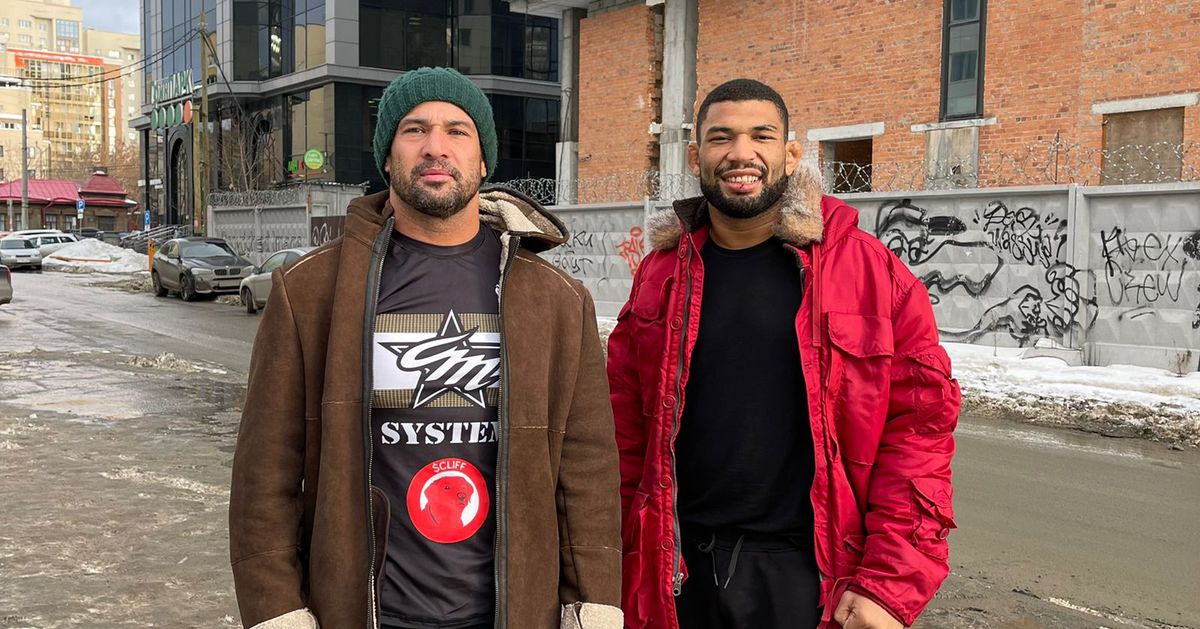 Russia spent months moving troops near the Ukraine border before launching its first attacks on the country on Thursday — attacks that have left several Brazilian MMA fighters unable to return to their home country.

Former BRAVE CF champion Luan Santiago, a welterweight fighting out of Brazil, headlined RCC: Intro 19 against Ilyas Khamzin on Wednesday in Yekaterinburg, the fourth-largest city in Russia. Santiago was defeated by Cristiano Marcello in a split decision. However, he and Marcello worry more about their ability to return home.

“I asked [RCC] officials if the war was going to spread [into the country] and if we should be worried, and they said they live in war tension, that it’s normal for them,” Marcello said. “I asked the receptionist at the hotel if there was a risk of airports shutting down, and she said the Sochi airport was already closed.”

Marcello said that walking around Yekaterinburg on Thursday felt like any other day, and until the situation turned dire, he didn’t get the feeling he was in a country currently involved in an international conflict. He said, “No one expected a war.”

Marcello had a flight scheduled for 11:50pm Thursday to Moscow, but was informed upon arriving at the airport that his flight had been cancelled. He hopes to board a flight tomorrow or travel to Europe by train.

The situation is a bit trickier for The Ultimate Fighter: Brazil 2 alum Marcio Santos, who on Wednesday lost a decision to Mikhail Allakhverdian in the main event of AMC Fight Nights 109 in Sochi. Many flights were cancelled in the aftermath of conflict because the city was near Russia’s border with Ukraine.

Santos trained in Dagestan for months in 2021, and hoped to continue his training there in 2022 after the conflict. Having already agreed to fights in Russia in both May and June, Santos still hopes to return to Dagestan to continue his camp, but now has no choice but to wait and “see how things will play out.” Fellow MMA fighter Taigro Costa is currently at the hotel with Santos, also waiting and unsure how they’ll make it back to Dagestan.

” We were taken by surprise,” he stated. “[The war] appeared imminent but was not expected. I was going to fly back to Dagestan but the airports are now closed until further notice. I’m not good in geography but my translator told me we were basically in the Ukraine border, so I’m tense now. “Sh*t? That close?” She replied that we were almost at the epicenter. I was like, I live in Belford Roxo [Rio de Janeiro] so I’m used to wars, [but] I got worried. I thought we were distant [from the conflict], but then I found out we’re nearer than we would have hoped.”

Fellow Brazilians Brendson Ribeiro and Vinicius Cruz fought on the same AMC Fight Nights 109 card in Sochi, but decided to leave for the airport a few hours after their fights rather than waiting at the hotel. Fortunately, they managed to exit the city before the airport was closed. The fighters, along with their teams, are at Moscow’s airport waiting for their return flight to Brazil.

“I looks like everything is going to be OK with our flight,” Cruz said. “Our flight from Sochi to Moscow was delayed, we waited for two hours inside the plane and then the actual flight took longer than normal, more than three hours instead of the regular hour and 45 minutes, but we had no idea what was going on. Only when we landed in Moscow and connected to the Wi-Fi, we found out the war had begun.”

Fabio Maldonado, a UFC veteran who lost a bare-knuckle boxing match Wednesday night in Russia, managed to fly to Moscow and catch a flight back to Brazil.

Jose Marcos, a member of the fourth season of TUF Brazil who competed in the co-main event of RCC: Intro 19, also made it back Moscow without any trouble, however the MMA fighter and his team were pulled from their subsequent connection flight to Poland since the country has restrictions about the entrance of Brazilians due to the COVID-19 pandemic, and are currently stuck in limbo.

” We have not yet taken off,” Marcos stated. “We’re waiting for our manager to inform us what to do. We don’t speak English and we can’t even find out which company has our luggage.”