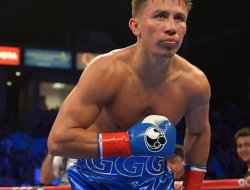 The World Boxing Association (WBA) has officially appointed a fight between the WBA Super middleweight champion (up to 72.6 kg) from Kazakhstan Gennady Golovkin (42-2-1, 37 KOs) and the WBA World belt holder from Cuba Erislandi Lara (29- 3-3, 17 KOs).

The parties of the boxers were given 30 days to negotiate to conclude an agreement. Contracts must be signed before October 23, otherwise the organizer of the fight will be determined at the promotional auction.

If Golovkin, who is also an IBF champion, does not give up the WBA title and accepts the fight, he will receive 75 percent of the prize money as the holder of a more prestigious title.

The championship committee of the organization also emphasized that Gennady was given a special permit for the third fight against Canelo Alvarez, which took place on September 17 a category higher, but the Kazakh boxer will not receive another delay.

Recall that Golovkin won the WBA Super title in April of this year, ahead of schedule defeating Ryota Murata in Japan.

Lara has held the WBA World title since last May, when he knocked out Thomas LaManna in a fierce mismatch in a minute and a half. In May 2022, Erislandi made a successful defense, stopping Gary O’Sullivan in the 8th round.

Back in July, the WBA president spoke about the fate of the Golovkin belt if he decides to end his career after the third fight with Alvarez.