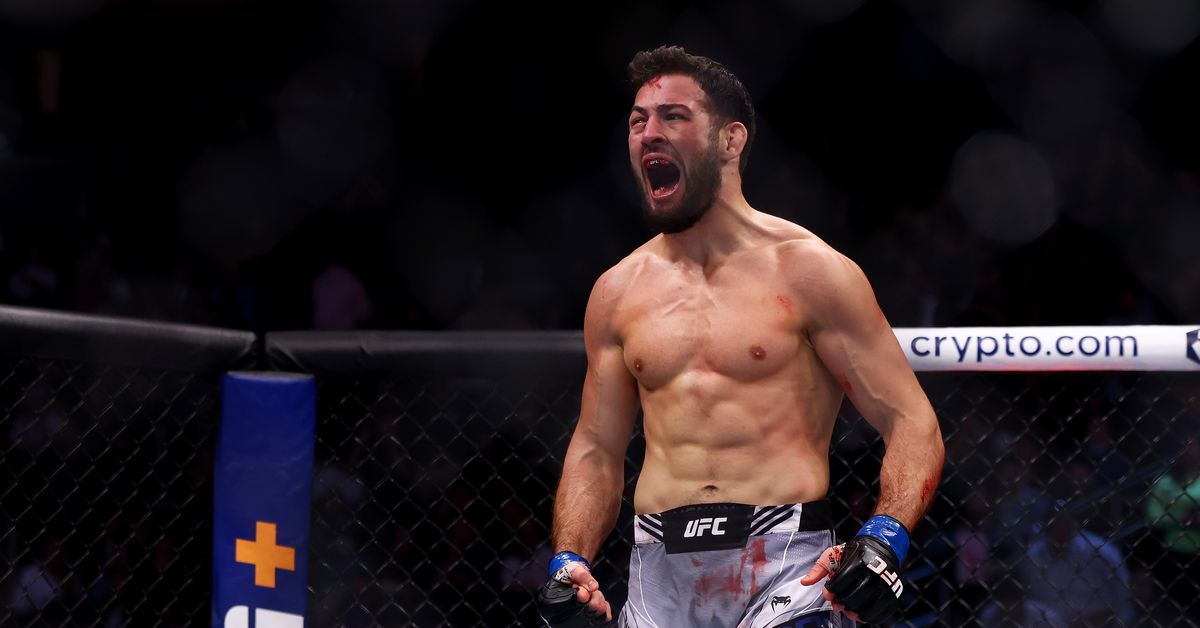 A middleweight bout between Kelvin Gastelum and Nassourdine Imavov has been cancelled for UFC 273.

The promotion announced that visa troubles for Imavov forced the bout to be scrapped, and a heavyweight fight between Aleksei Oleinik and Ilir Latifi has been added to the April 9 pay-per-view card. The event hosts a total of 13 fights at Vystar Veteran’s Memorial Arena in Jacksonville, Fla. UFC 273 prelims air on ESPN and ESPN+.

Imavov and Gastelum were supposed to be on the main pay-per view card. The UFC didn’t specify whether Oleinik or Latifi would take their place.

Gastelum said the UFC is working on re-scheduling his fight. The one-time interim title challenger hopes to reboot amid a 1-5; most recently, he was outpointed by current contender Jared Cannonier.

Unfortunately my opponent was unable to obtain a visa.
Hopefully that gets worked out ASAP.
We’re trying to figure out other options.
So stay tuned…..#UFC273

Imavov, a product of Fight Factory in Paris, impressed in his most recent outing with a second-round stoppage of Edmen Shahbazyan. He won his second consecutive finish.

Oleinik was scheduled to face Latifi at UFC Columbus. However, Latifi became ill with a non-COVID-related illness.

UFC 273 is headlined by a pair of title fights: featherweight champ Alexander Volkanovski defends against The Korean Zombie while bantam champ Aljamain Sterling faces Petr Yan in a rematch and title unifier.