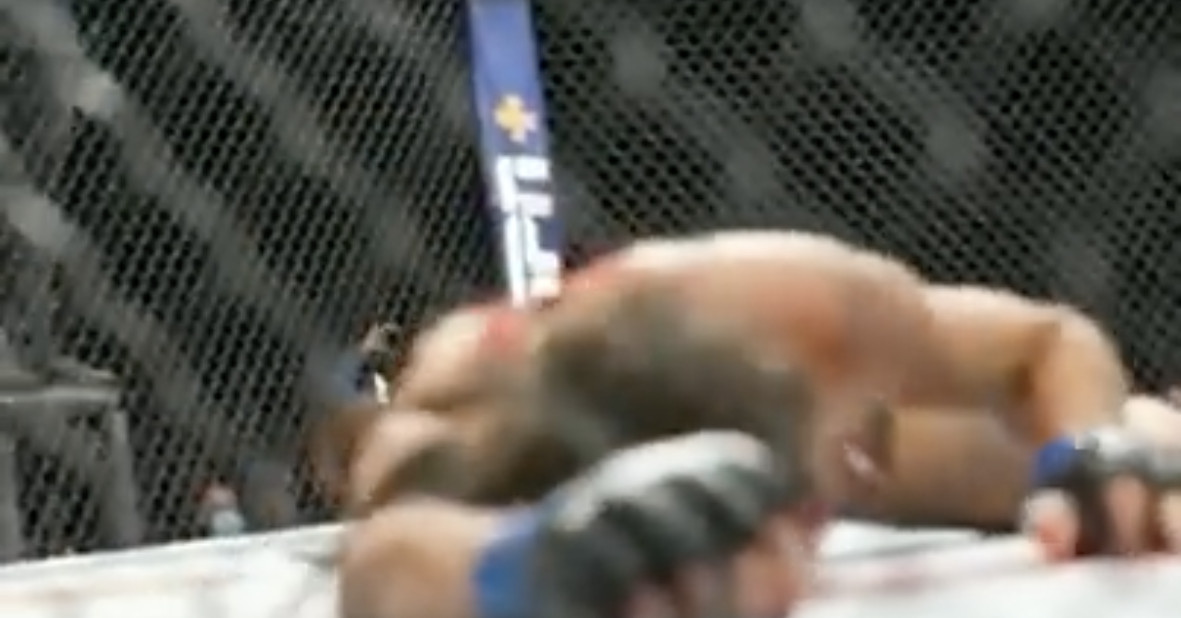 Zhang Weili’s remarkable knockout of Joanna Jedrzejczyk at UFC 275 is going to be on highlight reels for years to come. But it’s even more hellacious from a new angle.

Cageside video of Weili spinning back his fist in the second round made its way onto social media this weekend. It shows just how vicious the knockout was.

Watch the video above.

Weili and Jedrzejczyk first met at UFC 248 in a five-round war of attrition that was widely hailed as 2020’s “Fight of the Year,” as well as one of the greatest fights of all-time. Weili narrowly edged Jedrzejczyk in a controversial decision in that first outing, however she left no doubt in the rematch, demolishing Jedrzejczyk with one of the most violent knockouts of 2022.

The 34-year-old Jedrzejczyk announced her retirement after the match, bringing an end to a Hall of Fame worthy career that saw her capture the UFC strawweight title in 2014 and defend it five consecutive times, which remains a record for the division.

Michael Bisping reacts to Joanna Jedrzejczyk’s retirement at UFC 275: ‘I was almost in tears’

‘The women’s GOAT’: In retirement

, fighters give tribute to Joanna Jedrzejczyk