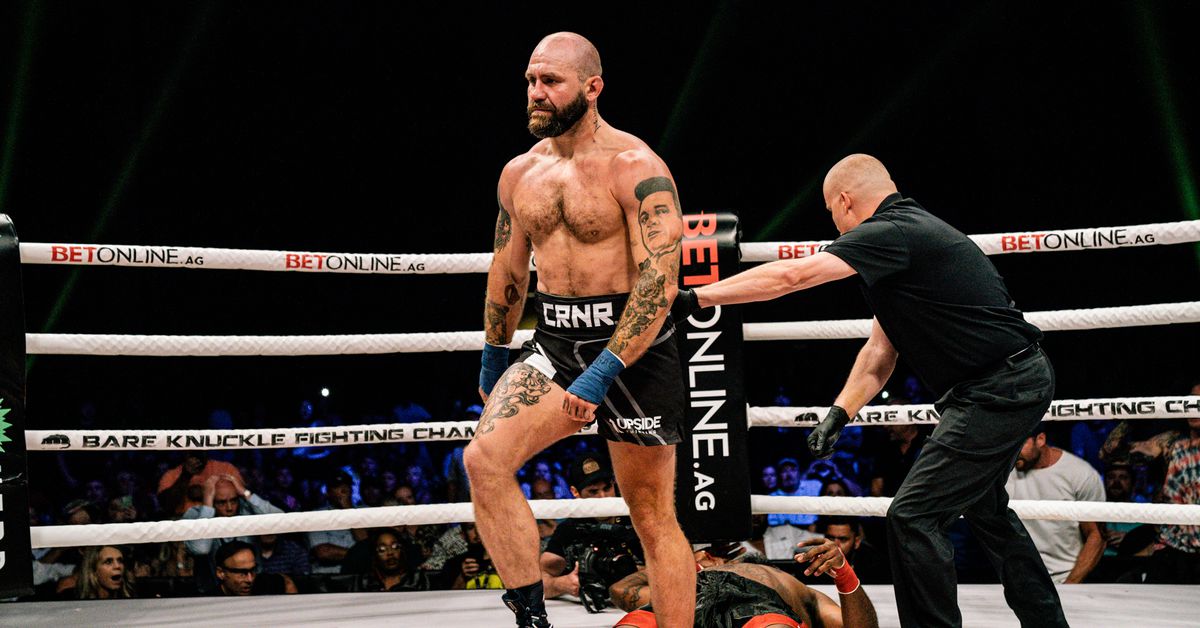 Alan Belcher is making a name for himself in the bare-knuckle ring.

A 38-year-old former UFC middleweight contender, Belcher scored one of the most brutal highlights of the weekend on Saturday when he knocked out Frank Tate just 81 seconds into the heavyweight main event of BKFC Fight Night: Jackson 2 in Jackson, Miss.

It was Belcher’s second straight knockout under the BKFC umbrella, following up on his 108-second gem over Bobo O’Bannon in Janaury.

With a 3-0 record in the promotion, Belcher is expected to challenge next for the BKFC heavyweight title against Arnold Adams, who had a ringside view of the spectacular finish.

Watch replay of Belcher’s handiwork and confrontation with Adams below.

“The plan was to stay low and land the overhand right which knocked him out,” Belcher said post-fight. “I’m the greatest bare-knuckle fighter of the world .”

. I have tremendous knockout power.”