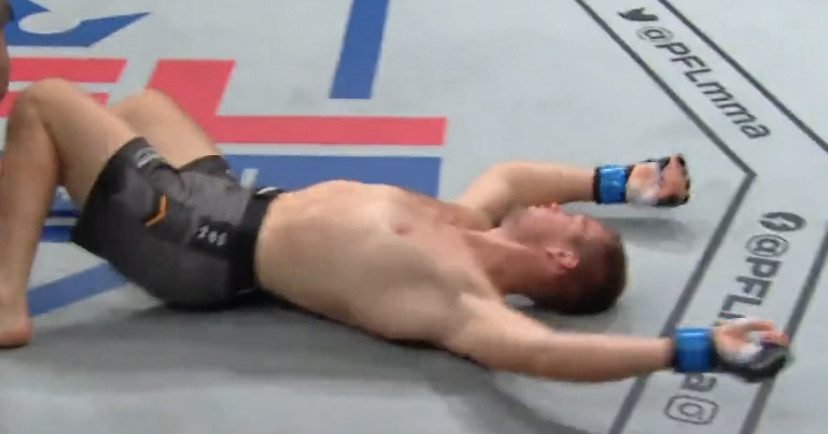 Omari Akhmedov made a huge impression in the PFL Season 4 opener, knocking out Viktor Pesta with a thunderous right hand on the prelims of Wednesday’s fight card.

Akhmedov sliced away with his overhand right hands till he made Pesta feel sick. When Pesta got back to his feet, another right knocked him out completely. The official time of stoppage was 1:25 of the opening frame.

Check out the Finish below. Photo courtesy PFL.

Omari Akhmedov gets a Quick 6! He now sits on top of light heavyweight standings! #2022PFL1 LIVE on ESPN+
https://t.co/jPNvomkWj8 pic.twitter.com/W2kgNpQDms

With his knockout win, Akhmedov picks up six points for his Season 4 total and gets back to the win column; his PFL debut this past October in Season 3 was cut short in a third-round TKO by Jordan Young. Akhmedov earned a 9-5 record in the UFC over eight years before his move to the PFL.

Pesta, who went 1-4 in his UFC stint, sees a three-fight winning streak snapped.