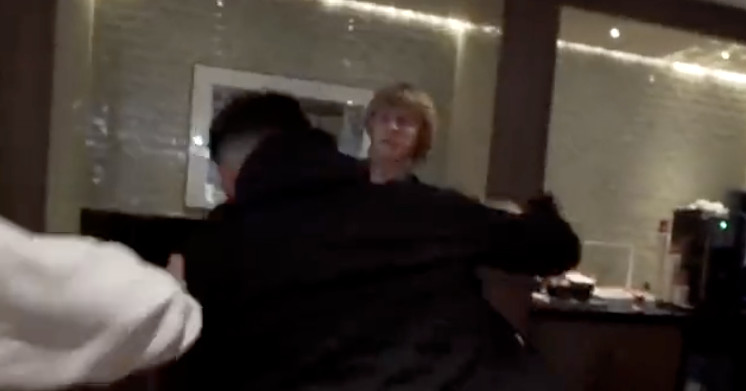 Paddy Pimblett and Ilia Topuria nearly got into a full-on brawl in London ahead of the promotion’s first event in the area since 2019.

Topuria posted a video on Tuesday that showed the UFC London fighters getting in on it. Pimblett was quickly separated from Topuria before things got out of control.

Check out the video of the skirmish below:

Topuria, who is slated to face Jai Herbert at Saturday’s event at the O2 Arena, gave his thoughts on why it seemed to go down.

” I warned you! This is what happens when you disrespect me and my country! You were able to see me and want to say hello because I s*** my pants… you can thank my team for separating me. Topuria said on social media that this was not Twitter, but real life.

Pimblett is set to make his second octagon appearance against Rodrigo Vargas in the featured lightweight contest. Topuria was not the Baddy’s view of things, which he displayed on Twitter.

The UFC has not yet issued a statement regarding the incident, and both fights will still be held Saturday.