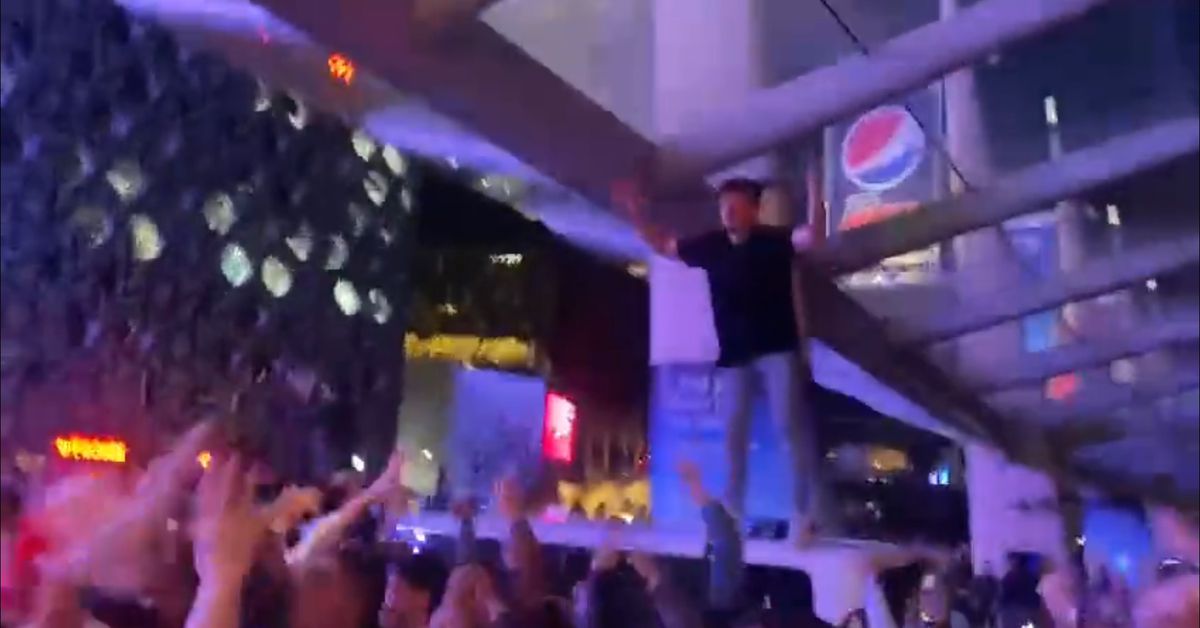 Tom Aspinall is kind of a big deal.

At least that’s the case if the crowd reaction following his first-round submission win over Alexander Volkov is any indication. Aspinall shined in his first UFC main event and did so in front of a rowdy London crowd at The 02 arena that was already worked up to a frenzy after a lively night of action that saw several English fighters put on memorable performances.

You can watch the clip in full below.

How special was last night’s event?

This was the scene outside the O2 arena after Tom Aspinall won the main event.

Video was taken by Tom’s best friend of 25 years, @AlexKilley1, as he was leaving. It must have been awful. pic.twitter.com/m6p6rQXiN6

Fans can be heard chanting Aspinall’s name in sing-song fashion while one Aspinall supporter climbs atop a vehicle to cheer.

Aspinall improved to 5-0 in the UFC, with all of those wins coming by way of knockout or submission and only one of those fights going past the first round. He entered Saturday’s event as the No. 12 heavyweight in MMA Fighting’s Global Rankings and will likely break into the top 10 after making short work of No. 7 Volkov.

UFC London post-fight show: Is this frontrunner for best card of the year?