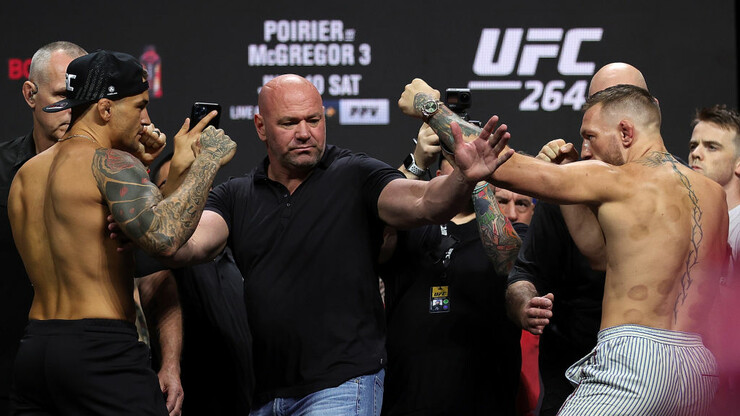 On the night of July 10-11, Paradise, a suburb of Las Vegas, will host a mixed martial arts tournament UFC 264.

An American will meet in the main confrontation in the octagon Dustin Poirier (27–6, 1 NC) and Irishman Conor McGregor (22–5). This will be their 3rd fight. In 2014, Conor knocked out an opponent in the first round, and in January 2021, Poirier took a convincing revenge with a knockout in the 2nd round.

The day before the show in Las Vegas, the official weigh-in procedure for the UFC 264 tournament took place. Dustin Poirier and Conor McGregor showed the same weight (70.8 kg). During the duel of views, the fighters waved their fists from a distance, but the head of the UFC, Dana White, did not allow the brawl.

VIDEO. They waved their fists. Poirier and McGregor showed the same weight