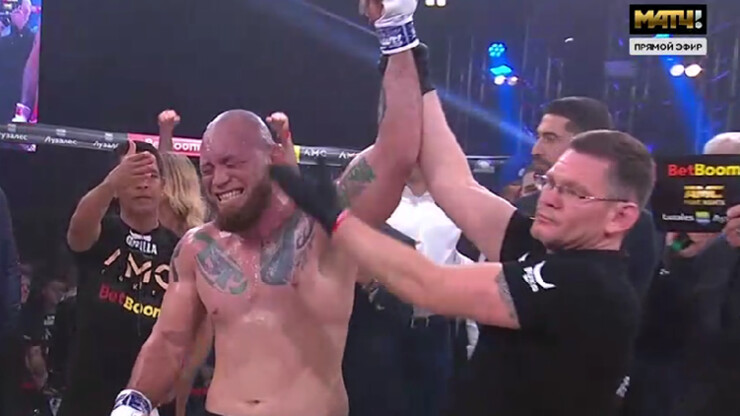 The fight ended in the first round after four minutes. Santos held a choke hold on the ground, and Emelianenko surrendered.

VIDEO. The legend has given up. The Brazilian strangled Emelianenko in the first round