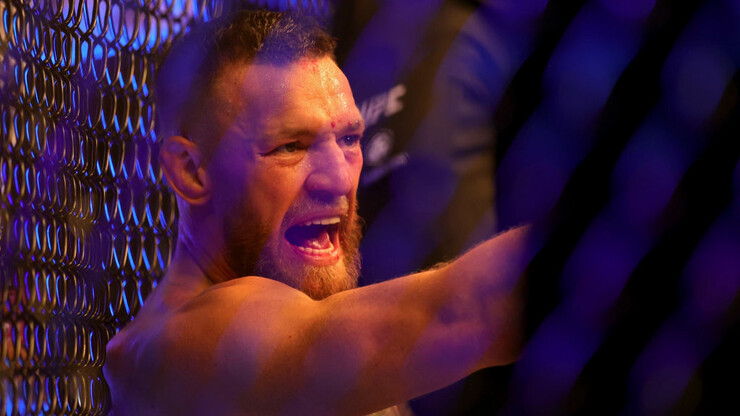 On the night of July 10-11, a mixed martial arts tournament was held in the city of Paradise, a suburb of Las Vegas UFC 264.

The American met in the main confrontation in the octagon Dustin Poirier (27–6, 1 NC) and Irishman Conor McGregor (22–5).

Dustin Poirier won the fight via forced stoppage. Conor McGregor has a broken leg. At the end of the first round, the fight was stopped.

After battle McGregor said (with a bunch of obscene words): “Nothing is finished yet. I hurt my leg, but not while blocking a shot.”

The frustration boiling over for Conor McGregor here.

No matter the hardship, Notorious will be back. #UFC264 pic.twitter.com/tghHEv8TSy