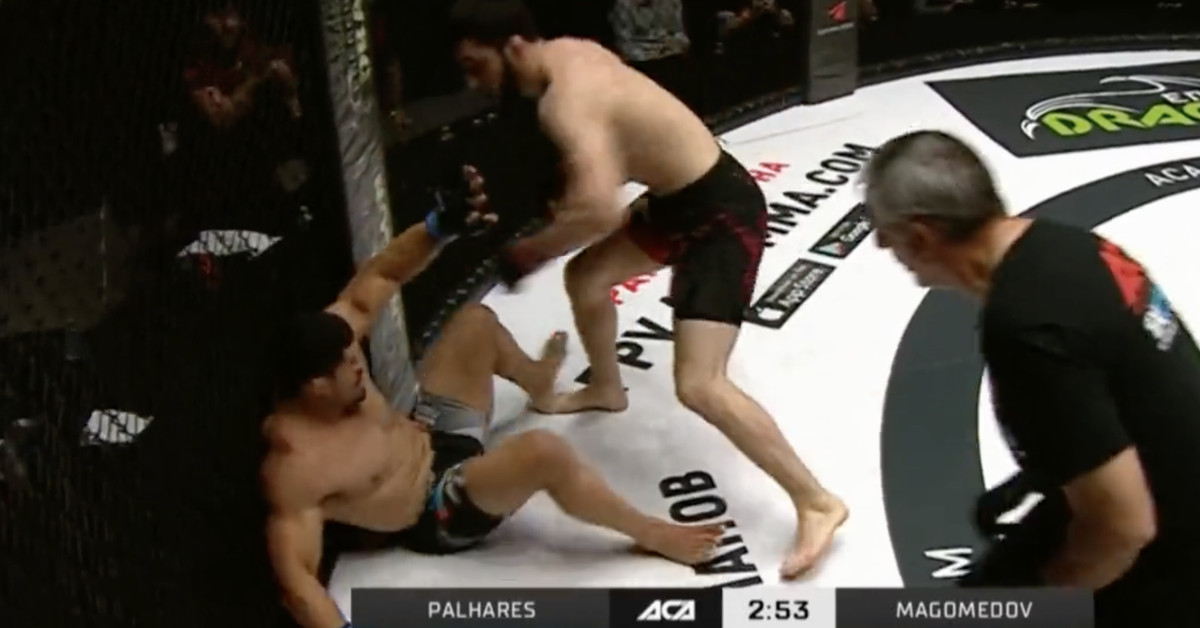 Rousimar Palhares’ return to MMA on Friday did not go well.

The polarizing former UFC contender and WSOF welterweight champion suffered a first-round knockout loss at the hands of Ibragim Magomedov in a middleweight bout at ACA 140 in Sochi, Russia. Palhares suffered a right-hand injury in the first minute of the fight. He was then beaten by Magomedov’s lightning fast followups. The official time of the stoppage was 2:10 into Round 1.

Watch the end below. Credit to the legend Caposa .

Ibragim Magomedov stops Rousimar Palhares with a straight left to the jaw and a flurry of punches in R1#ACA140 pic.twitter.com/0ifUp1r0lV

It was Palhares’ first MMA bout since December 2018. The 42-year-old Brazilian has now lost three consecutive bouts via first-round knockout while fighting for Russian promotions.

The controversy around the end of his UFC/WSOF run is what Palhares is most famous for, especially because he refused to release submissions promptly after his opponents had stopped tapping, particularly when he was using leg locks. The controversy contributed to his WSOF title being stripped in 2015 as well.

Palhares is just 1-5-1 in his seven appearances since his WSOF release.

With Friday’s win, Magomedov has now won four of his last five bouts.