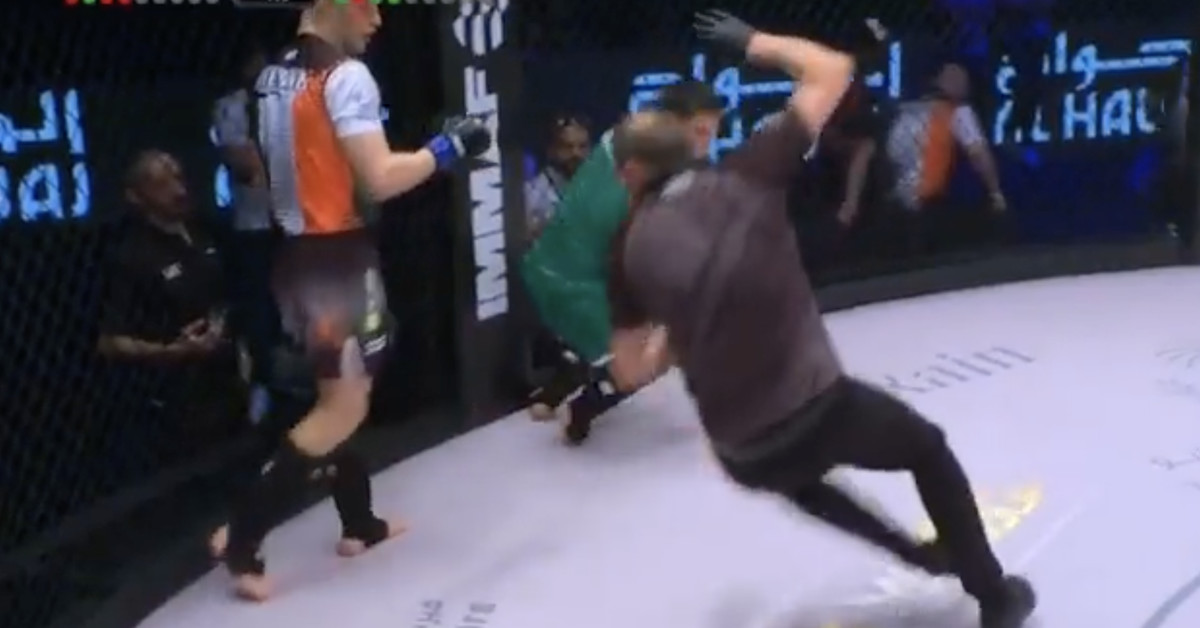 Referee Scott Manhardt was on the wrong end of one of the wildest knockouts of March.

The veteran official took one to the chin on Thursday at the Brave FC IMMAF Super Cup 2022 Semifinals in Bahrain. Manhardt was refereeing the match between Luis Gonzalez of Mexico and Lewis Byrne of Ireland. He then jumped in to seperate the fighters when the bell rang. Martinez gave Manhardt the opportunity to get a flush rolling thunder kick.

Manhardt was sent plunging to the ground by the unanticipated shot. However, in a show of toughness, Manhardt ultimately recovered and finished out the match.

Watch replay of the accidental knockout above.

Fortunately, Manhardt appears to be fine, all things being equal. Guilherme Cruz, MMA Fighting’s reporter, was told by promotional officials that Manhardt had passed his post-fight physicals. The veteran official also joked about the situation on social media.

“Protect yourself at all times,” Manhardt wrote on Twitter, adding a laughing emjoi.

Protect yourself at all times…. PS. I got up and finished the fight pic.twitter.com/cZeLwAx538