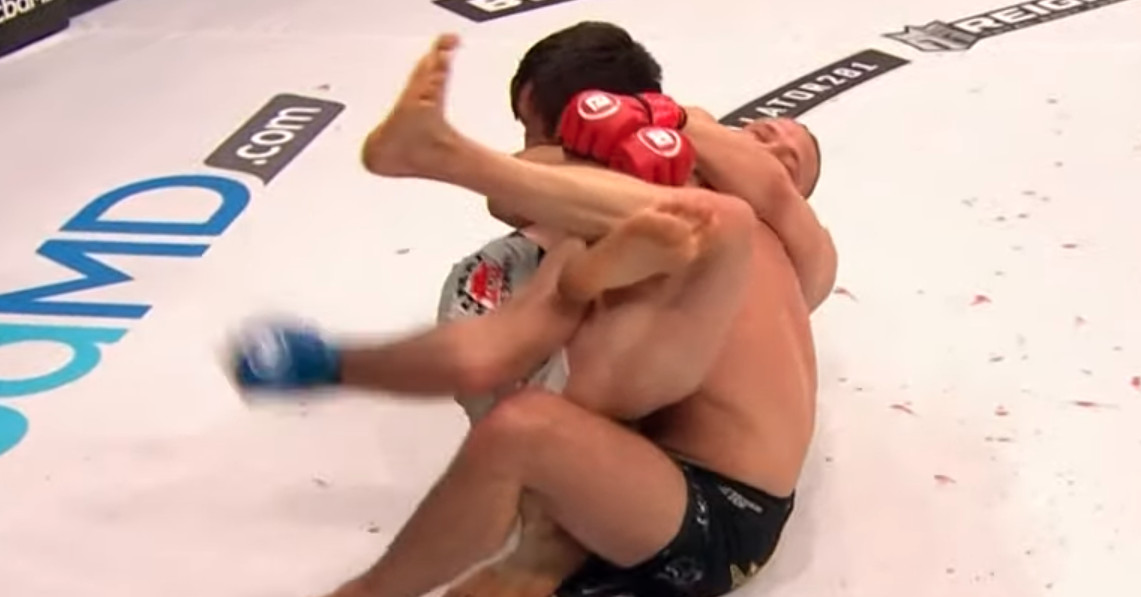 Oliver Enkamp made Bellator history on Friday with one of the slickest submission finishes the MMA world will see all year.

A former UFC welterweight fighting out of Sweden, Enkamp was caught in a back-and-forth contest with Mark Lemminger on the undercard of Bellator 281 before pulling off the first buggy choke even seen under the promotion’s umbrella. Lemminger charged inside and took Enkamp down off a spinning heel kick attempt, only for Enkamp to immediately lock the American up in the history-making choke just 25 seconds into the third round.

You can see the Video below of the wild candidate for “Submissions of the Year”.

@OliverEnkamp sinks in the buggy choke to add an 11th win to his pro record at #Bellator281.

The buggy choke, a technique rarely used in jiu jitsu is a new one that Austin Hardt (a member Ralph Gracie’s California-based jiu jitsu team) has developed.