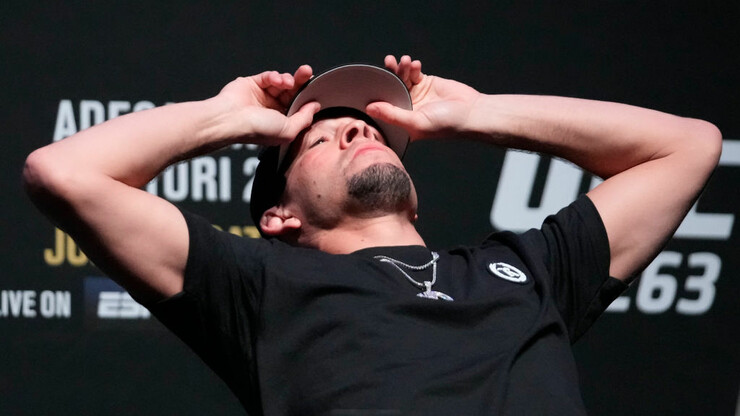 UFC star in his repertoire

American welterweight Nate Diaz took part in a press conference on the eve of the UFC 263 tournament, which will be held in Glendale (Arizona).

During the press conference, Diaz decided to smoke a joint. Note that smoking marijuana is not illegal in this state.

On the night of June 13, Diaz will fight Leon Edwards.

Ngannou started a skirmish with a journalist: “If you fought at least once in your life, you would know that there are no easy fights!”