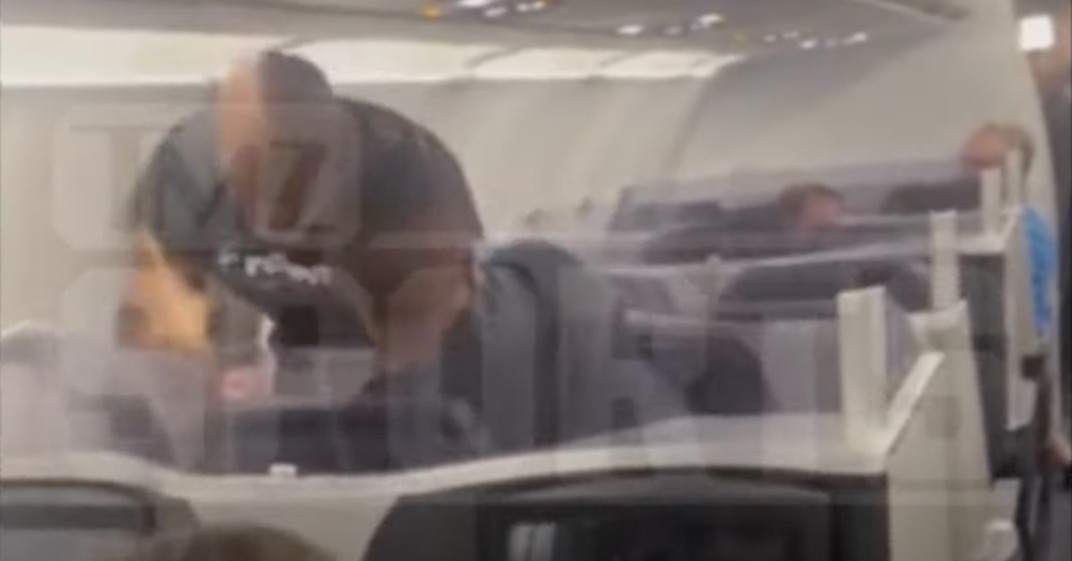 Boxing legend Mike Tyson left a plane on Wednesday night after he threw several punches at a passenger on a flight bound from San Francisco to Florida.

In video obtained by TMZ, Tyson is seen turning around and blasting the person with punches in succession as his friend attempts to pull him away from the altercation. Prior to getting physical with the passenger, Tyson can be seen in his seat as the person behind him continues to talk to the 55-year-old fighter before tensions eventually escalated.

According to TMZ, witnesses said that Tyson was cordial and friendly with his fellow passengers but the person sitting behind him was continuously bothering the retired boxer. Tyson reportedly told the man to chill out before situation exploded with punches being thrown.

Tyson then walked off the plane while the man who was punched can be seen with blood on the side of his face before he also left the flight.

The passenger was treated for medical attention before speaking to police about the incident.

At this time, no charges have been filed and Tyson hasn’t been arrested over the incident based on records from the San Francisco Police Department.

UFC president reveals how long he has to live