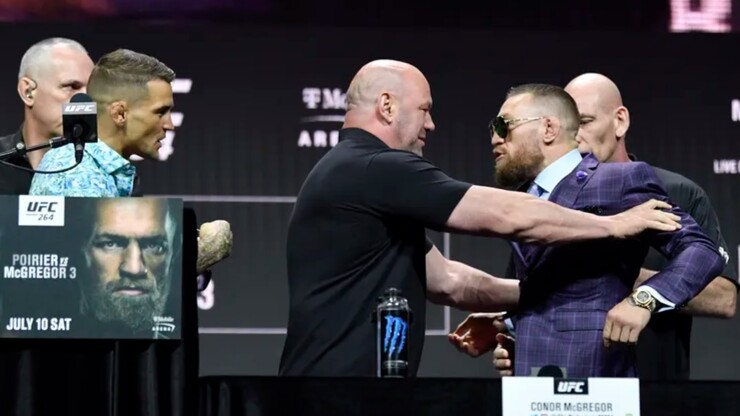 On the night of July 9, a press conference was held for the main fight of the UFC 264 tournament, in which the former champion in two categories, Conor McGregor, will meet with Dustin Poirier.

During the press conference, McGregor repeatedly bullied and insulted Poirier, and during the duel of views, the Irishman stood up and tried to kick his opponent.

Recall that the fight between McGregor and Poirier will take place on July 10 as part of the UFC 264 tournament, which will be held in Las Vegas.

Earlier, McGregor recorded a message to Dustin, calling him a dumb hillbilly.