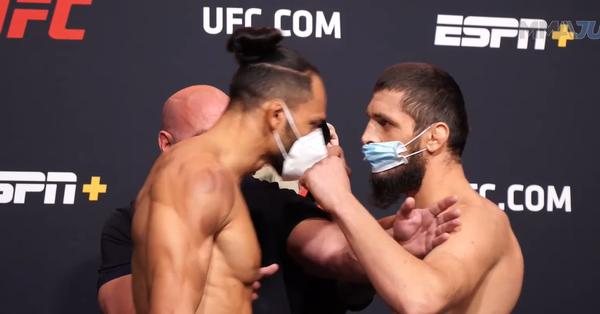 Zelim Imadaev could not stand it and slapped Brazilian Michel Pereira

The incident happened on the eve of the fight between them, which will take place on the night of September 5-6 in Las Vegas at the tournament UFC Fight Night 176.