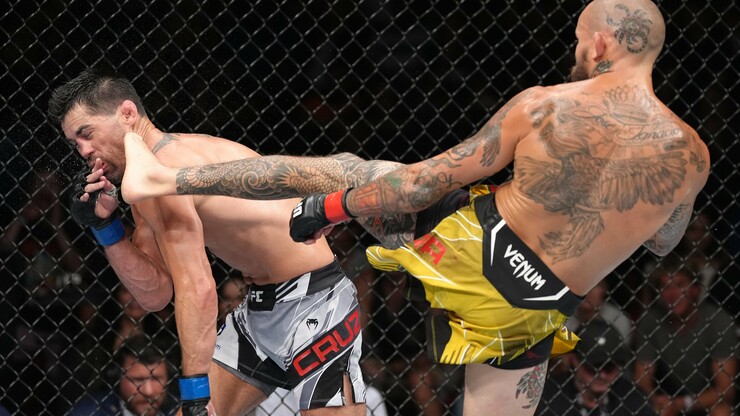 On the night of August 13-14, a mixed martial arts tournament took place in San Diego (California), USA. UFC at ESPN 41.

Ecuadorians in the main event Marlon Faith clearly knocked out the former UFC champion Dominic Cruz from the USA.

At the beginning of the 4th round, Marlon Vera caught his opponent with an unexpectedly high kick to the head and fell unconscious to the floor.

WATCH: Marlon Vera knocks out Dominick Cruz with a terrifying kick to the head. He looked like a baseball bat in the face! #UFCSanDiego pic.twitter.com/cPrXnUqcDl