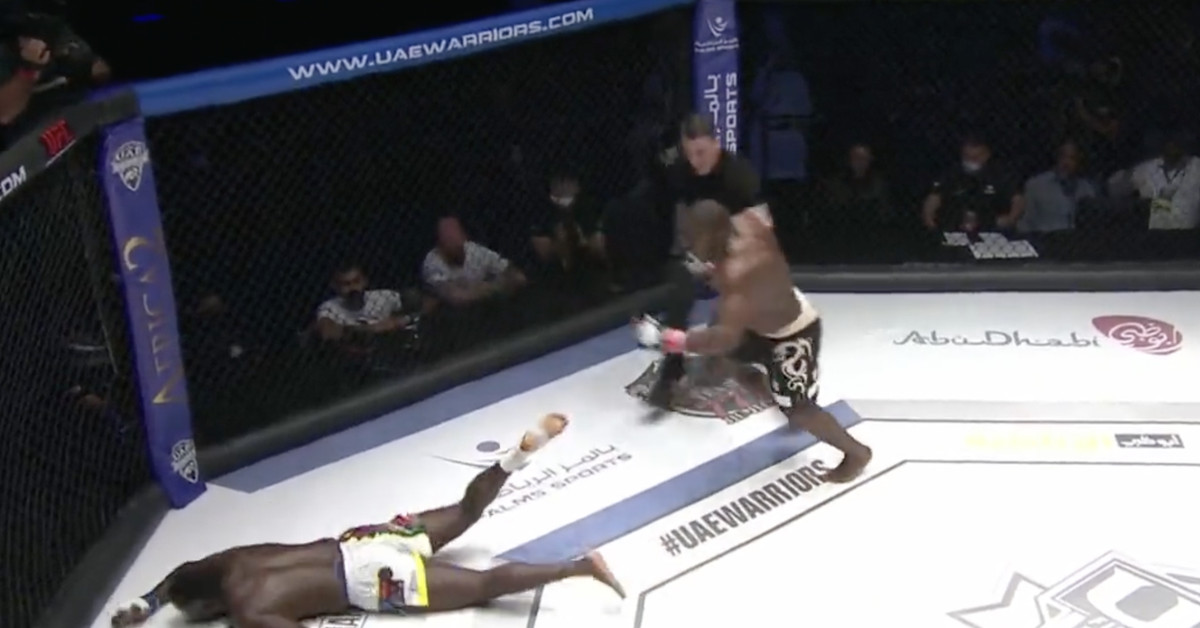 There may be some better knockouts, but none will compare to what Khaled Jashell Tchaa Awa achieved in his debut pro MMA bout.

Awa went blow-for-blow with opponent Kevin Munje at a UAE Warriors event in Abu Dhabi on Friday, ending the fight in the second round with an absolute anvil of a right hand after a thrilling exchange of punches. The Nigerian heavyweight connected with a strike right down the middle that spun Munje around and left him instantly KO’d on the canvas.

Watch the wild finish above.

Awa used his grappling skills to control the fight in the first round. He caught a Munje kick and scored a takedown. A Munje attempt to takedown Awa was unsuccessful later on. As the bout progressed, both fighters began to let their hands go.

It was at the end of round two when Awa evaded a spinning backfist. She countered with a punch, which ended the contest abruptly.