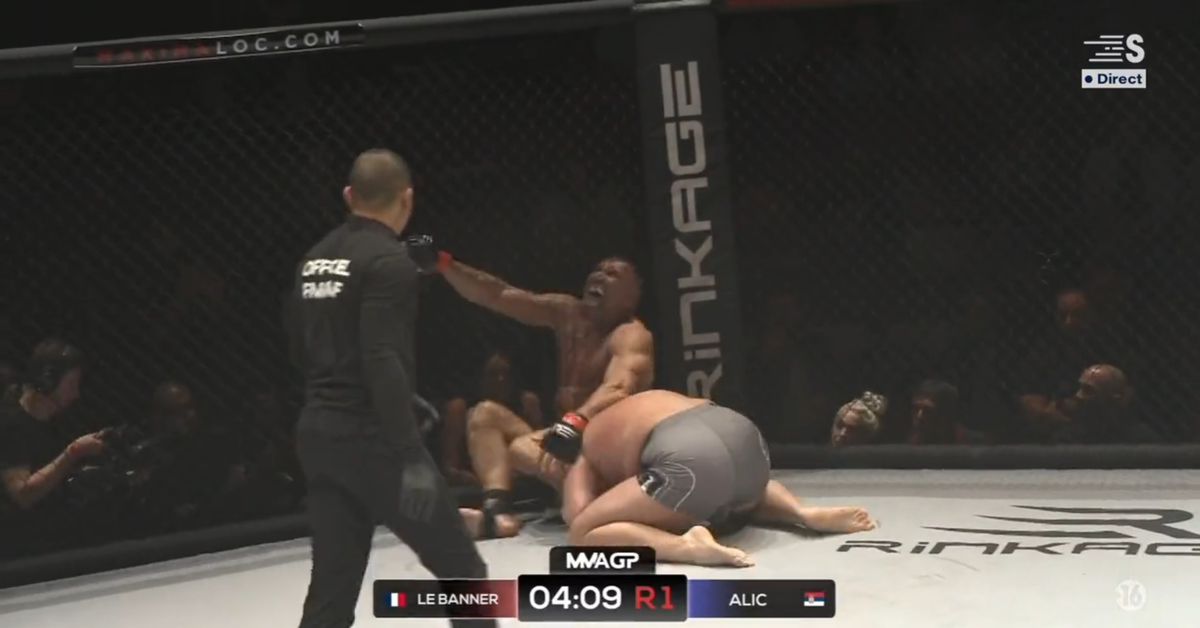 Jerome Le Banner is a veteran of combat sports, and his most recent outing will not be one that he forgets.

The kickboxing icon was at the MMA GP: Evolution in Paris on Saturday, where he faced Adnan Allic (heavyweight). Early in the first round, Le Banner appeared to injure his knee defending against a takedown, but somehow later reversed position on Alic and finished the bout with strikes as Alic covered up.

Watch the bizarre sequence of events.

At the start of the fight, Alic immediately shot in to take Le Banner down and the Frenchman gave up the takedown before working his way back to his feet. Alic, however, was stubborn and grabbed Le Banner’s left knee to stop him from fleeing. This caused the leg to become twisted awkwardly, and Le Banner ended up on the ground against the fence. Le Banner can be clearly seen writhing in pain.

Le Banner hung in there despite the possible injury and eventually managed a sweep that put him on top of Alic. With Le Banner landing punches, Alic gave up his back and tapped out multiple times until the referee waved the bout off.

Afterwards, both fighters looked the worse for wear, as Le Banner proceeded to sit on the mat so that his leg could be attended to and Alic remained lying on his back.

That’s three straight wins now for the 49-year-old Le Banner (6-3), who is unbeaten since returning to MMA competition in 2020 with all of his victories coming by way of knockout or submission. On the other side, Alic sees his pro record fall to 13-33.