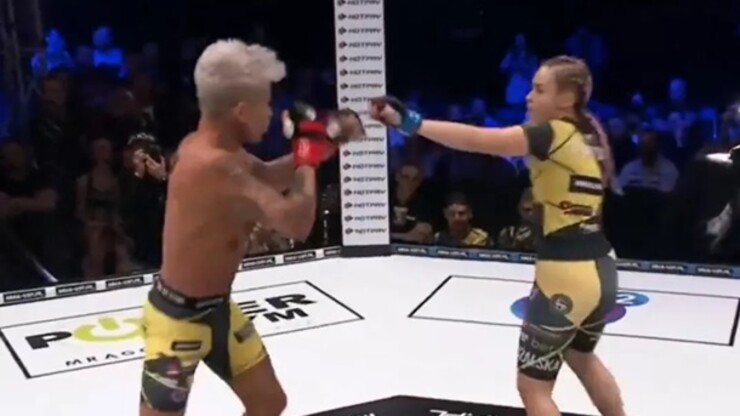 As a result, in intergender fights, men won by knockouts.

In Polish Częstochowa tournament organizers MMA had two fights between a man and a woman.

As a result, in intergender fights, men won by knockout. This event caused a flurry of criticism in social networks.

In the first fight, Piotr Lisowski, nicknamed Mua Boy, easily dealt with Ula Sekach. He held a takedown and finished off an opponent in the ground and pound. The judge had to stop the beating.

In another fight, Michal Pshibilovich destroyed Victoria Domzhalskaya, winning already in the first round due to kicks in the rack.

MMA fans have taken to social media to lash out at such tournaments, leaving angry messages like, “What’s next? Fights of the disabled? “Poland will perish if men fall so low to fight women and pride themselves on winning this circus!”